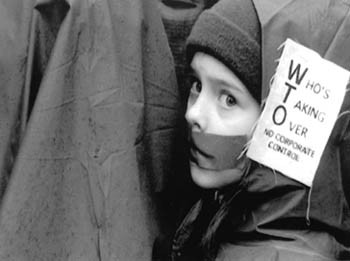 “EVEN IF I discounted half of what my comrades were telling me, the picture was horrifying,” East Timorese Foreign Minister José Ramos-Horta tells the camera in The Diplomat. “Thousands of people were being slaughtered throughout the country. Napalm was being used. Starvation was setting in.”

No one will ever know the exact number, but an estimated 200,000 East Timorese people were killed when the Indonesian army invaded the tiny country back in 1975. Thousands more died over the next 25 years as Indonesia’s brutal dictator, President Suharto, maintained his iron grip on East Timor through merciless use of terror, torture, and massacre.

Horrific, certainly. But perhaps the truly terrible fact is that the body count in East Timor actually looks like small potatoes compared to the death toll on other killing fields of the late, not-so-great 20th century, that strange era that gave us both the Universal Declaration of Human Rights and the homicidal horrors that stained the ground in places like Rwanda, Germany, and Cambodia. What distinguishes East Timor from many other such events is the relatively happy ending.

The Diplomat makes good use of that dramatic journey from tragedy to triumph as it traces both the story of East Timor and the strange career of the exiled Horta, who was awarded the Nobel Peace Prize in 1996. Indeed, this powerful documentary may be the most compelling of the four films screening Friday and Saturday, Jan. 26 and 27, at the Rafael Film Center as part of the upcoming Human Rights Watch International Film Festival.

Of course, it’s hard to know just how much credit should go to Tom Zubrychi, the accomplished documentary filmmaker who directed The Diplomat (which screens Jan. 26 at 6:30 p.m.). After all, it’d be hard to make a boring film about Horta.

Short, plump, frequently unshaven, emotionally intense, and prone to bouts of colorful swearing, Horta doesn’t fit the popular image of a Nobel Peace Prize winner. “Let me tell you one thing,” he fumes in a bad-tempered moment in the back of a taxi as he fumbles with his spectacles. “I hate these fucking glasses. I have to take them off when I read; then I have to put them back on when I finish.”

Departing East Timor just before the Indonesian invasion, Horta spent 25 years traveling the world trying to gather international support to end the brutal occupation. The Diplomat focuses mainly on the whirlwind of events in 1998 and 1999 that unexpectedly forced Indonesia to withdraw. But the film also makes clear that Horta’s previous decades of exile were often lonely and desperate. His marriage to his wife, Ana, who stayed behind, fell apart–though Horta offers his typical honesty in explaining why the relationship ended.

“Distance was a good excuse for me,” he explains. “She was very loyal, dedicated, and serious, while I was having other romantic liaisons going on in New York.”

Despite his very human failings, Horta proved a tireless champion of his beleaguered country. In 1999, his efforts paid off. With the end of the Cold War, the anti-communist Suharto grew less important to the United States, and our government’s previously unwavering support waned. International pressure grew, and Indonesia at last ended its occupation of its tiny neighbor–though not without a final round of bloodshed. Some of The Diplomat’s most horrifying scenes focus on the rampages of the Indonesian-backed militias who rampaged through East Timor just before withdrawal.

“One death is a tragedy, but a million is a statistic,” Joseph Stalin is alleged to have once remarked. The power of The Diplomat lies in its ability to put a very human face on the statistics of mass murder.

LESS SUCCESSFUL yet still interesting are two other festival documentaries screening at the Rafael.

More like an art film than a documentary, Pripyat (which screens Jan. 26 at 9 p.m.) explores the strange world of the small Ukrainian village of the same name that lies near the Chernobyl nuclear power plant, where the No. 3 reactor suffered a famously disastrous accident in 1986.

Despite the dangerous radiation, two kinds of people still remain in the area. One group is composed of soldiers and scientists, who monitor and guard the radioactive ruins, as well as workers who run the other reactor, which was still operating at the time Pripyat was made. Then there are the former residents of the village, who have returned because they can’t bear their exile: “We come from here,” explains one elderly man. “We were born here. And we want to live here a little bit longer.”

The black-and-white film loves these elderly faces and the crumbling ruins they inhabit. From the decay of the area around Chernobyl, Pripyat picks out images of startling beauty. But the film suffers from excessive artiness. There’s too much use of the pregnant pause, which slows progress down to a crawl at times. And the film also leaves us begging for answers about just how much danger the people it profiles are actually in. Concrete answers may have been hard to come by, but surely filmmakers could have done a bit better than this.

Last and least of the documentaries on the Rafael schedule is Trade Off, a film about the 1999 protests against the World Trade Organization in Seattle.

It’s hard to know how anyone could make a tedious film about the dramatic events of that week late last fall, when a coalition of unions and environmental and human rights activists came together to shut down one of the world’s most powerful (and undemocratic) international organizations. But the makers of Trade Off–which screens Jan. 27 at 2 p.m.–found a way.

Too long, too slow, and too full of talking heads, Trade Off does not do justice to the important event it tries to explore. To be fair, viewers will learn interesting facts about both the WTO and the police brutality inflicted on largely peaceful protesters. But Trade Off represents a lost opportunity to make these issues accessible to a mainstream audience.

Finally, on Jan. 27 at 7 p.m., the Rafael screens The Widow of St. Pierre, a feature film about the tension between mercy and capital punishment from French filmmaker Patrice LeConte. A screening tape was not available, but the film stars the highly watchable Juliette Binoche, so it ought to be worth a look.