The Hobbit: An Unexpect(ly terrible) Journey 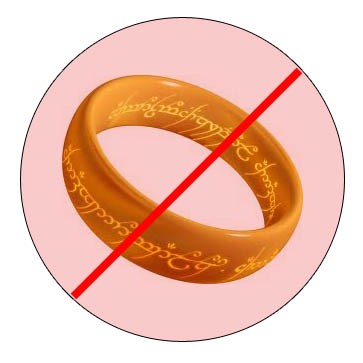 The night began ominously. We were finally seeing the Hobbit in its last-chance big screen showing, at the cheap-o discount theater in Santa Rosa. Just $4.50, what a bargain! “Two for Lord of the Rings,” I say, promptly corrected by the young woman printing the tickets.
“You mean the Hobbit, right?”
“Yeah, that’s it. I was close.”
She replies with an eyebrow raise without making eye contact, “It doesn’t even compare.”
“Oh, like it’s better?”
“No, worse,” she says with a smile.
“Seriously?”
“Yeah.” She looks up. “It’s terrible. Enjoy your movie.” With that, she handed us the tickets and we momentarily considered seeing what else was playing before heading into our theater. We should have considered it more seriously.

I know this is now old news, but the movie really was terrible. I like the Lord of the Rings trilogy. I like fantasy fiction. This movie took the shortest book of the series, chopped it into three movies, and added too many special effects to keep track of. It was too much for the editors, apparently, because there were unfinished portions in battle scenes. Repeated motions of computer-generated creatures were obvious and at times a sword would appear to go directly through an enemy with no reaction, like someone forgot to animate that part.

To boot, the movie was almost three hours long and there were several unnecessary musical numbers. Musical numbers! In a Tolkein film! Dwarves were cleaning up a hobbit’s house by tossing around the plates and singing. What is this, Sword in the Stone? And the physics of the battle scenes were too outrageous to ignore. A 50-pound log used as a shield repeatedly stops a giant, sharp sword swung by a giant beast? It was annoyingly impossible.

So the movie sucked, and so did one of the people in our row, we suspect. After discussing the possible sexual behavior that could be accomplished in the theater, a couple two seats over from us pulled the ol’ jacket-over-the-lap routine. I’m no prude, but this wasn’t in the back row or anything. It was loud and the film’s volume was too quiet, so everyone could hear the “coming attractions” playing smack dab in the middle of the theater. It was so quiet that when the daring duo was finished I could hear the guy next to me biting his nails—or, nubs of nails, rather—loudly and repeatedly starting and stopping, making it impossible to tune out. The guy in front of us dropped a large bottle—it sounded like a wine bottle—several times. Dude, put it in a padded bag or just leave it on the ground.

We finished the movie, astonished at our accomplishment. Both of us, it turns out, had wanted secretly for the other to lean in and whisper, “Let’s go get fro-yo.” But whether pride or just bad timing, neither caught on. By the time the marathon of unnecessary soliloquies was over, fro-yo was closed and we were annoyed. Moral of the story? Listen to your ticket booth attendant. She knows her stuff.