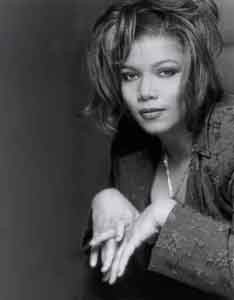 The Death of the Romantic Comedy

Notes on the death of the romantic comedy

It used to be that love had some bite. In Greek myth, Cupid defies his mother, the goddess Aphrodite, in order to make time with the beauteous Psyche. The catch? Psyche is never allowed to see him because, he tells her, he is a hideous monster. The smitten Psyche gives into curiosity anyway and brings a light into their bedchamber, revealing not a monster, but a handsome hardbody who would make Brad Pitt look like Napoleon Dynamite.

However, before Psyche can enjoy her new fortune, Cupid accuses her of betraying him and flies off. Psyche must then undertake a series of tedious tasks (sorting lentils; amassing wool samples from a flock of golden sheep) in order to appease the wrath of Aphrodite–the ultimate overprotective mother–and win back her beloved.

This comedy of errors is the blueprint of every successful love story ever told. It has the obstacles, the passion and the requisite comedy (lentils!) that make the obstacles and passion bearable.

Once upon a time, we had great lovers, crazy kids who drank poison for one another, committed suicide in tombs or went cheerfully insane. Everyone can–or at least, should–know the names of Cupid and Psyche, Romeo and Juliet, Sid and Nancy. It’s part of our Western heritage. And they’re damn entertaining.

To be fair, romantic comedies used to be a whole lot better, even in the latter half of the 20th century (we’ll leave Myrna Loy undiscussed today). The Jane Austen adaptation craze of the ’90s gave us genuine humor and romanticism. Even Julia Roberts’ madcap commandeering of a bread truck at the end of My Best Friend’s Wedding was inspired. But what about the rest of the movie? The horrifying sing-along at the rehearsal breakfast? The other horrifying sing-along with Cameron Diaz in the bar? What, exactly do these have to do with love, or even plot-furthering?

And what about the pale imitations spawned by Roberts’ comeback: Runaway Bride? (Roberts re-pairs with Richard Gere and . . . yawn); America’s Sweethearts? (Roberts teams up with John Cusack, a fat suit and a leg-humping dog); Two Weeks Notice? (Sandra Bullock and Hugh Grant team up to pay the rent). In fairy tales, love is a force capable of cheating death. These days, it’s the cause of more tired slapstick stumblings and faux pas than an episode of I Love Lucy.

Take, for example, Last Holiday, one of the most recent romantic movies to take a stab at the Cupid/Psyche formula. It stars Queen Latifah, a talented woman who deserves much better but who is improbably cast as a terminally ill woman recklessly embarking on a final vacation at a ski chateau. In the preview alone we see her bash her head on a cupboard door, fly off a mountain on a pair of skis and waddle away from a body wrap like a constipated mummy because she has “to pee.” Apparently, these demeaning exercises are meant to illustrate a woman living and loving to the max. To that viewer not suffering brain damage, it looks more like an attempt to prostitute talent in the name of earning some spare cash.

Lowbrow humor has become requisite for any movie dealing with love and laughs. In the process, it has robbed modern interpretations of love of much of their eroticism and dignity. Granted, love as a force is not normally defined by dignity, but what, exactly, can a movie like Last Holiday or any of its ilk contribute to the modern romantic canon? In this critic’s rarified opinion: jack.

And so, dear reader, as my Valentine’s Day gift to you, I say when it’s a choice between blowing $10 on something starring any combination of Julia Roberts, Cameron Diaz, Queen Latifah, Hugh Grant, Ashton Kutcher or Kate Hudson, or renting Amelie or The English Patient, go for the rental. The stuff with the designer soundtrack, big star names and touching narration will avail you nothing. Seek ye the Jane of Austen, the Emma of Thompson or the Colin of Firth.

A pubescent turning into a 30-year-old fashion bitch (13 Going on 30) or Ben Stiller clowning around in a house full of cat shit (There’s Something About Mary) may have their roots in the Cupid myth, but for all their feints at humor and love, they’re mere copies of copies, the original seed so distorted by schmaltz that anything approaching an honest portrait of love is nowhere to be found.