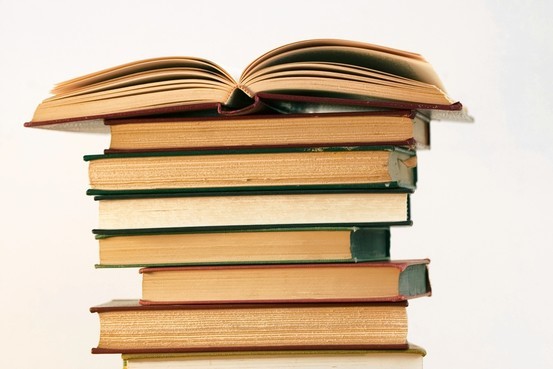 This week’s issue features a list of the top-selling books at Copperfields Books for 2012. Spoiler alert: Fifty Shades of Grey, the erotica series by E.L. James written for those who want their S&M draped in a gossamer lens, takes the top spot. The rest of the trilogy lodges into the third and fourth spots.

Confession: I didn’t read Fifty Shades of Grey, and don’t plan on ever cracking its lightly illicit cover unless I’m somehow engaged in some sort of Guantanamo-styled book torture. I’m a bit like Josh Radnor’s character in Liberal Arts when he berates Elizabeth Olsen for reading the entirety of the Twilight series “unironically”: “With the many amazing books in the world, why would you read this?”

That said, here’s a list of books that I loved in 2012. Mention these to me at a cocktail party and you’ll certainly get a smile instead of a tongue-lashing.

1. A Working Theory of Love by Scott Hutchins

Hutchins’ story of a man who struggles with intimacy after a divorce (and working on a project that involves his dead father’s diaries and a computer) became one of my “can’t put it down” books for 2012. It’s always great to be surprised by a book’s elegance and depth.

Here is the one place I crossed paths with Sonoma County readers. Cheryl Strayed’s memoir about hiking the Pacific Crest Trail as a way to exorcise ghost and demons was one of the best-written books of the year. Masterful, devastating and inspiring, all at once.

Bag is one of the L.A. punk originals. Her autobiography is raw, contagious and burning with feminist power. At the same time, the musician and artist doesn’t glorify the end results of punk rock and its many casualties.

4. This Is How You Lose Her by Junot Diaz

It was a big year for the Dominican-American author. He won a MacArthur Genius grant, published an acclaimed collection of short stories, and made an appearance at Copperfields in Montgomery Village that included liberal use of the words “motherfucker” and “fuck” and “interlocuter.” This collection is riveting and ragged; it captures the dilemma of masculinity and the failure inherent in the blind drive to “man up” even as the world around crumbles and decays.

5. The Danger of Proximal Alphabets by Kathleen Alcott

Alcott is a young writer, but you wouldn’t know it from this gripping, beautifully written debut novel. The Petaluma native, who now lives in New York, writes with the confidence of someone who’s been fine-tuning her work for a long while. The book is a fractured love story, a story that falls into lyricism more often that not, and one that flirts constantly with a sense of the tragic.

6. How Should a Person Be? by Sheila Heti

Warning: this book is not for everyone, and if you read it and hate it, please don’t stop me in the street and berate me for recommending something to you that you hated. Some (like Gawker, which called her one of the 50 Least Important Writers of 2012) have labeled Heti’s “novel” of artists living in modern-day Toronto as self-indulgent and navel-gazing. And it is! But Heti happens to have a navel that I find very interesting! I found this book to be brave and painful in the best possible way.

Taking the Power Back