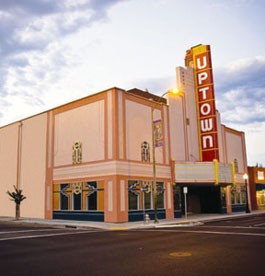 The Uptown busts the 21-and-over restriction

Since its opening last year, Napa’s Uptown Theatre has been a 21-and-over venue, and trying to sneak in was the only option for underage music enthusiasts. As of this weekend, they now have the option of using the front door.

Uptown manager Sheila Groves-Tracey says it’s something she’s wanted since day one. “There are a lot of people under 21 that have been really bummed that they can’t be part of the Uptown, and almost every single night I have someone in line with an underage kid who can’t come in. It’s always heartbreaking,” she says.

California law states that underage kids aren’t permitted in venues where alcohol is served but food is not. This weekend, the Uptown starts serving food with the opening of its Courtyard Cafe, and—voila!—of-age patrons engage their appetites and the youngsters have access to shows.