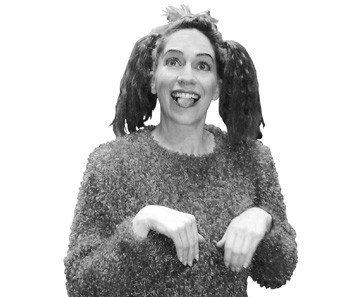 ‘Sylvia’ and ‘The Fourth Wall’

‘Sylvia’ and ‘Fourth Wall,’ a double helping of A. R. Gurney

Let’s be clear about this: There is no bestiality in Sylvia, A. R. Gurney’s popular comedy about a man, his dog and the man’s insanely jealous wife. There might as well be sex, though, for all the sparks that fly between the man–a dissatisfied, middle-aged businessman named Greg–and the dog, a feisty female stray named Sylvia. The bond is so complete and so mutual that even strangers in the park feel compelled to offer Greg a warning: “A man and his dog. It’s a big thing. You can get lost in it.”

Currently running at Spreckels in a supremely satisfying new production by the Pacific Alliance Stage Company, Sylvia is superbly directed by PASCO’s artistic director Hector Correa, who has assembled a cast that grabs the play by the collar and hauls it up to a whole new level. Sylvia is one of two Gurney plays currently running in the North Bay, the other being Sonoma County Repertory’s entertaining psycho-theatrical farce The Fourth Wall. Taken together, they are a fine illustration of how Gurney’s use of language and his playful tweaking of stage conventions have made him one of the most popular and frequently performed of modern playwrights.

From the moment that Greg (the always magnificent Stephen Klum) brings Sylvia (a fully committed Alexandra Matthew) into the New York high-rise apartment he shares with his wife, Kate (PASCO newcomer Adrienne Krug), it is clear beyond doubt that we are observing a dangerous love triangle in its earliest stages of formation. While the characters’ interactions are technically sex-free, the play is packed with sexual and emotional tension, much of which comes from Gurney’s decision to have Sylvia played by an actress who appears in a series of outfits, from scruffy street attire to slinky cocktail dresses. She walks and talks, occasionally letting loose streams of expletives or chanting “I like you! I like you! I like you!” to illustrate the unspoken communications that people share with their pets. She also leaps on and off the furniture, rubs up against visitors, wags her tail and shakes a leg in the air whenever receiving a good, vigorous belly rub. We are meant to always think of her as a dog, but never to forget that she is female.

Greg’s emotional dilemma, beautifully played by Klum, is complex; he is definitely having a midlife crisis, his job suddenly seems pointless and Sylvia is the only thing that appears dependable and constant. He loves his wife but resents her hostility toward Sylvia, to whom he has become inseparable. When Kate launches an all-out campaign to force Greg to give up the dog, he can more easily imagine life without Kate–who has become confident now that the kids are in college and she’s taken a job as a Shakespeare teacher–than he can imagine life without the uncomplicated adoration of Sylvia.

Filling out the cast is the versatile Michael Barr, showing up as a dog-owner in the park, a horrified female friend of Kate (who affirms her associate’s dislike of the “other woman”) and an aggressively androgynous marriage counselor.

I have seen other productions of Sylvia that had a tendency play on the surface, reaching for the laughs while not being too certain how to handle the underlying needs and conflicts of the characters. The cast and Correa, delivering his finest directorial performance this season, manage to locate and illuminate the heartbreaking humanity in all of the play’s central characters without lessening a bit of the comedy. In the end, this is a very funny and unexpectedly touching show about our need to love and be loved, whether we are happy, sad, male, female, human or otherwise.

The Fourth Wall, the other Gurney play currently running in the North Bay, is given an over-the-top, hyperfarcical glaze by director Beth Craven. The play, which features no dogs but does have a large imaginary wall, boasts a compelling central idea, one that looks at the power of theater and what it means in our lives, and it all springs from a radical act of interior decorating by an unhappy suburbanite.

Julia (Tara Blau) is married to Roger (Scott Phillips), and has recently moved all of the furniture in her living room so that it faces a large empty wall. The rearrangement gives the room the look and feel of a stage set, and begins to have a strange affect on the way Julia and Roger behave. Faced with a big, blank fourth wall (the theater-world notion of the invisible barrier separating the actors from the audience), Julia begins to suspect there are mysterious people–and possibly a much better, more exciting world–waiting for her just beyond the plaster.

Roger finds himself speaking in overly demonstrative, stagy ways, worrying not only what he will say next but “how best to say it.” The change alarms him, and with Julia behaving as if she were losing her mind, he invites an old friend to visit and give her opinion. Peggy (Priscilla Locke) is obviously a dramatic person to begin with, but at the first sight of the fourth wall, she begins referring to her conversations as “scenes,” and becomes desperate to interject the visit with a thread of a plot.

When a self-promoting local theater professor (Chad Yarish) shows up, the action skitters in and out of a dozen different stage styles–bedroom farce, crime thriller, existential drama, absurdist comedy–as characters follows their own story line, each insisting on being the star of the piece. Spontaneously, they all take turns bursting into songs, singing along with Cole Porter tunes played by a grand piano with a mind of its own.

The Fourth Wall is an intelligently written play, solidly performed at a high-energy level that never lets up and never ceases to supply the audience with chewy philosophical puzzles to ponder.

Woman on a Wire