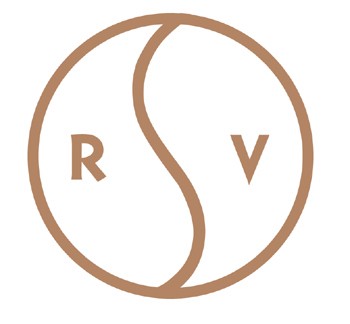 Lowdown: There aren’t many wines that I’ll drive an hour in a hot car to taste with two whining children. Make that three kids, including the 34-year-old one poking at me in the front seat. But for two of the last bottles of Robert Sinskey’s ’04 Vin Gris of Pinot Noir, I was willing to chance it.

Located midway down Napa’s Silverado Trail, Robert Sinskey is a family winery that, despite its cathedral-like tasting room and fancy landscaping, really does feel like a family winery. The staff is friendly and talkative, offering up tiny canapés from wife Maria’s recipe book to complement the flavors of the wines.

Winemaker Rob Sinskey is a second-generation winemaker, taking the reins from Dad, Bob, who founded the vineyards and winery in the late ’60s. Espousing organic, biodynamic wines and wrangling the ever-pesky Pinot grape into the bottle, the Sinskey’s haven’t taken the easy road to winemaking. But the cultlike following they’ve created (and reasonable prices they’ve maintained) has made them a favorite local producer–and worthy of every agonizing minute of “Are we there yet?”

Mouth value: The Sinskey Winery is all about Pinot Noir. Well, OK, mostly about Pinot Noir. Though its other offerings–Chardonnay, Cabernet Franc, Merlot and Cabernet Sauvignon–range from so-so to stellar, the winery’s true passion is for Pinot. Start with the Los Carneros Pinot Blanc ($18), which is fresher, more tart and more acidic than a Sauvignon Blanc. It’s a sweet kiss of a wine that’s a cousin to the ’04 Vin Gris ($16). Blushingly brilliant, Sinskey has become known for this rose-colored temptress that’s bright and flowery–and unfortunately sold-out for the year. The ’02 Los Carneros ($30) and ’01 Four Vineyards Pinot Noir ($46) are lush, supple and fun to try side by side.

Five-second (food) snob: Maria Sinskey, the vintner’s wife, is a world-famous chef in her own right. A graduate of the California Culinary Academy, she’s been featured on the Food Network, is the author of The Vineyard Kitchen and was named one of the country’s Best New Chef’s in 1996 by Food & Wine magazine. She can often be found in the winery’s open teaching kitchen. Culinary tours are offered daily (by appointment) for $25 and include wine and cheese pairings.