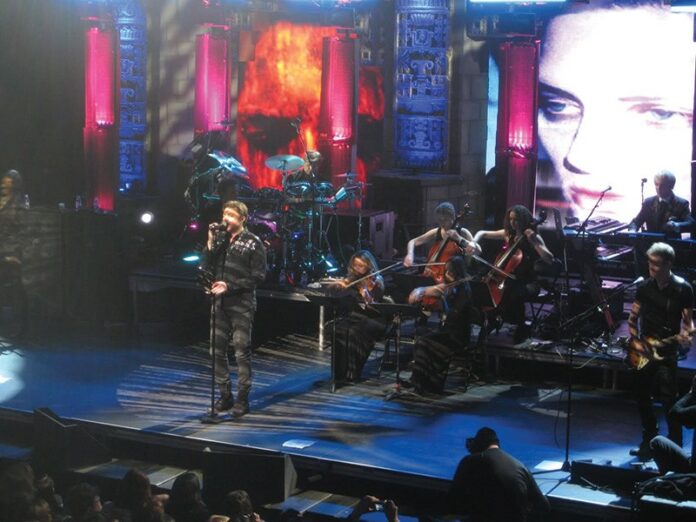 The unlikely pairing of Duran Duran and David Lynch

One is a group of musical superstars from Birmingham, England; the other is a Boy Scout from Missoula, Mont., turned surrealist auteur.

For the last 30 years, rock band Duran Duran and filmmaker David Lynch have both excelled in their arts, though the two couldn’t be more different.

It was a surprise, then, when news came that the British rockers had brought in the cult hero to direct their latest concert documentary. Recorded in 2011 at Los Angeles’ Mayan Theatre, Duran Duran: Unstaged is a one-of-a-kind film experience, as the band’s live show is mixed with abstract images, done in Lynch’s interpretive style, superimposed over the footage; the film is being shown in theaters across the country for one night only.

This film is part of the “American Express Unstaged” series, which pairs up other seemingly unrelated powerhouses, such as rock band the Killers and German director Werner Herzog. For Lynch, this is his first full-length film since his 2006 ultra-weird epic Inland Empire. For Duran Duran, the concert coincides with their 2011 album, All You Need Is Now. For fans of both Lynch and Duran Duran, this film is a radically original and unexpected work that needs to be seen to be believed.