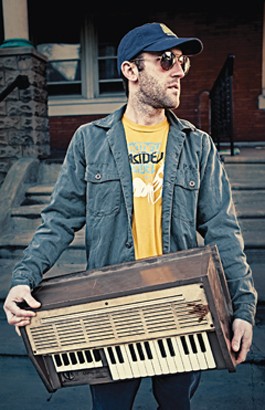 It ain’t all about Damian on the big stage this year. The Harmony Festival has teamed up with Jazziz magazine to bring together some truly creative music from around the globe in what they’ve for the past four years called the Ambiotica Lounge. A late-night chill-out experience, this year’s Ambiotica brings artists from all around the world, including Pakistani vocalist Sukhawat Ali Kahn, Israeli guitarist Roni Ben-Hur and Tibetan vocalist Yungchen Lhamo. Saturday night’s double-punch is hard to beat: percussionist Babatunde Lea and upright bass wizard Charnett Moffett team up for jazz excursions, while songwriter KJ Denhert slides in afterward with her powerhouse blend of urban folk and acoustic jazz.

Saturday night also means the long-running Techo-Tribal Community Dance, and this year’s headliner is San Francisco favorite DJ Cheb i Sabbah, an artist who wields a magnetic pull over every rare world-beat groove on earth and blends them with taut skill. A notable standout on the bill is RJD2 (above), a Philadelphia DJ who around the turn of the century created two flawless and hugely cinematic instrumental hip-hop albums which essentially crumble under the weight of their own texture. But last year, he delved headlong into crooning indie-folk-pop musings for his latest release, The Third Hand. Will he scratch or will he sing? Either way, don’t miss it.