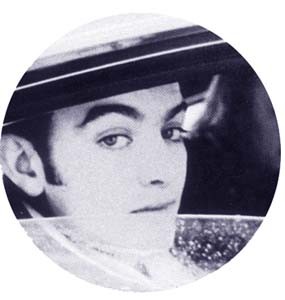 THE RECENT chart success of acts like Limp Bizkit and Kid Rock has kicked new life into the rap-metal/aggro-funk subgenre. As new artists seize the bridge between hip-hop and hard rock, artists who’ve already mined that ground continue to strut their pop politics while stretching that hybrid sound.

On the other hand, Skunk Anansie’s third CD, Post Orgasmic Chill, veers more deliberately in alt-rock and trip-hop directions. Bandleader Skin tries to bring a fragile R&B voice to punk rock, and the result is an edgy, explosive commercial sound that amounts to Rage Against Natalie Merchant.

Neither disc is an aggro-funk breakthrough, but both are healthy signs of pop styles growing as they merge. Karl Byrn

HIP-HOP’S POPULARITY continues to sell multi-units for both gangsta rappers and teeny-bop R&B pop acts, but the industry’s artistic focus is on alt-rap and underground hip-hop. Alt-rock’s obsession with techno has opened the pop mainstream to the sonic-collage world of the DJ, and for hip-hop this signals a shift from the rapper to the track mixer.

Rob Swift is one of the leading “tumtablists,” and his recent disc The Ablist is a tour de force of DJ skill. The jazzy samples, interludes, and funk beats are only the bedrock for Swift’s dexterous scratching, which hits an expressiveness that can be compared only to bebop sax soloing or Hendrixian guitar.

THESE PURVEYORS of a very funky brew spiked with ample doses of blues, rap, jazz, and alt-rock have thrown a lot of folks for a loop with this breezy CD. But it’s not the musical stylings that have tossed fans a curve–they’ve long embraced the laid-back blues-based sound that launched this Philadelphia-based band onto the charts in 1994 with the MTV-spun hit “Cold Beverage.”

This time out, G. Love–aka singer, songwriter, and guitarist Garrett Dutton–has incorporated his newfound spirituality into several tracks, most notably “Numbers,” a languid blues ode to the biblical book, and “Amazing,” as in grace.

Still, the message is subtle–you might even say mixed–as there’s also plenty of sex, party raves, and street-corner wit.

Critics have taken Love to task for that, but you have to appreciate the positive tip–and the grooves are pure Philly soul.

Pick of the Week:

PROZAC? Who needs anti-depressents when you can alight to the ecstatic sounds of these five East Coast trombone-shout bands. Beyond gospel, beyond jazz, this ebullient first-ever anthology of trombone choirs will lift your spirit and take you higher. G.C.