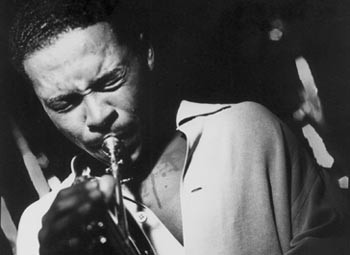 Made in Cuba: Roy Hargrove’s Habana is one of the year’s best jazz CDs.

1998: Nothing fancy, but plenty to cheer

THE DEBATE over the future of jazz rages on. Are the young jazz lions of the past the saviors of the genre, or just a pack of fly-by-night retro phenoms? With little airplay outside of public radio and few small, scattered venues, how will the public experience the cutting-edge sounds of the Art Ensemble of Chicago or trombonist Roswell Rudd? Time will tell. After all it’s true that, as East Bay Express music critic Andrew Gilbert recently opined, “with the major labels owned by entertainment behemoths, the jazz business increasingly resembles a bottom-line-driven corporate enterprise.”

Not much room in that marketplace for the experimentation that has propelled this improvisational art form over the last century.

On the other hand, even though jazz superstar and Lincoln Center Jazz Orchestra director Wynton Marsalis–who is most responsible for drawing the entertainment media and a mainstream audience to traditional jazz–turned in a tame The Midnight Blues: Standard Time, Vol. 5 (Columbia) this year, he also laid the groundwork for construction of an 1,100-seat concert hall at the Lincoln Center–the first concert hall designed acoustically for jazz.

That fact underscores the recognition of jazz as America’s classical music, and hopefully signals a respect not only for the genre’s past glories, but also for its future development (let’s hope the Lincoln Center makes room for the John Adamses of the genre).

Certainly the past is always present in the jazz world. This year saw plenty of recorded homages to the jazz legends, including such sterling reissues as the Miles Davis Quintet, 1965-68, The Complete Studio Recordings (Columbia/Legacy), Thelonious Monk’s stunning Live at the It Club (Columbia/Legacy), the underrated post-bop Ellingtonia of Rahsaan Roland Kirk’s four-CD set Aces Back to Back (32 Jazz), and a slew of augmented gems by John Coltrane, Charles Mingus, and Ornette Coleman on the Atlantic/Rhino reissue series.

And fans are quite comfortable with this fixation on the past. T. S. Monk, the brash young drumming progeny of jazz great Thelonious Monk, won Jazz Album of the Year honors for his swinging Monk on Monk (N2K) in the prestigious 1998 Downbeat Readers’ Poll. Yet, three more adventurous runners-up in this category–Tom Harrell’s ambitious The Art of Rhythm (RCA Victor), Bill Holman’s soulful Brilliant Corners (JVC), and Brad Mehldau’s The Art of the Trio, Vol. II: Live at the Village Vanguard (Warner Bros.)–stretched the creative envelope but slipped off the commercial and critical radar.

Meanwhile, the soul jazz of the ’60s continues to inform young players. Probably the best expression of that trend can be found in Medeski, Martin & Wood’s recent psychedelic Combustication (Blue Note), with its soulful Hammond B-3 organ solos, drop-dead funk beats, and playful postmodern scratching. Unfortunately, the trio failed earlier this year to bring that magic to A Go Go (Verve), their long-anticipated collaboration with fusion jazz guitarist John Scofield.

For a heavy dose of soul jazz in all its groovy glory, check out the recent reissues of Hank Crawford’s out-of-print ’60s Atlantic LP’s More Soul, From the Heart, Soul of the Ballad, and Dig These Blues, all digitally remastered and repackaged in the two-CD set Memphis, Ray & a Touch of Moody (32 Jazz); as well as the super three-CD Yusef Lateef compilation The Man with the Big Front Yard (32 Jazz).

INDEED, any discussion about jazz on the cusp of the 20th century has to end with a mention of Verve Records. This longtime champion of the genre–which Downbeat readers have declared Record Label of the Year–has virtually come to define the genre (only Blue Note rivals it for depth and focus). Over the years, the label, under ex-chief and producer Norman Granz, nurtured the careers of Billie Holiday, Oscar Peterson, Bill Evans, Duke Ellington, and Ella Fitzgerald. The current Verve roster reads like a Who’s Who of Modern Jazz, from seasoned veterans like Shirley Horn to such relative newcomers as trumpet wiz Nicholas Payton.

Certainly, many of these artists–who often record on other labels as well–do some of their best work for Verve. For example, while fusion guitarist Pat Metheny records more rock-oriented material for Geffen Records, he has in the past two years recorded a pair of knock-out CDs on Verve: last year’s Grammy-winning Beyond the Missouri Sky (with bassist Charlie Haden), and as a sideman with downtown-scene guitarist Bill Frisell on bassist Marc Johnson’s aptly titled The Sound of Summer Running.

For his part, Haden has released a steady torrent of stunning CDs, each one topping the next. His latest, the wonderfully luminous Night and the City (a duet recorded live in a small L.A. club with pianist Kenny Barron), draws its inspiration from nighttime urban landscapes, and leaves you wishing that the dawn would never come.

Not cutting edge, but still …