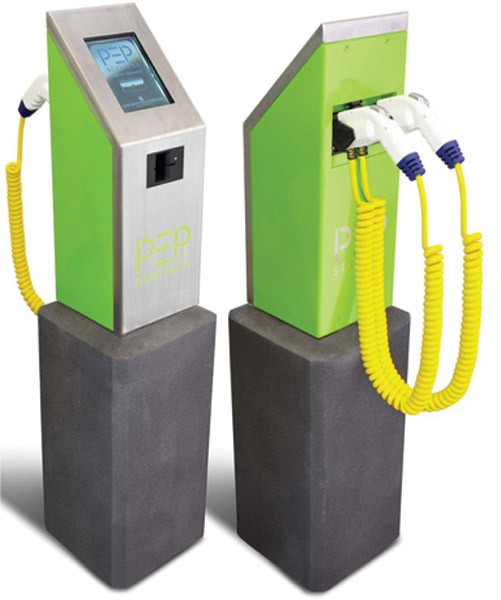 The first public schools in the United States to be equipped with solar-powered charging stations are in Sonoma County, where four schools turn sunlight into money.

“It’s an awesome project,” says Les Crawford, superintendent of Sebastopol’s Twin Hills District, which used local and federal bond money for a solar-energy system and vehicle-charging stations. “This solar project exceeded our expectations. Not only do we no longer use PG&E power, they are paying us a one-time incentive bonus of about $350,000 paid over five years, which will go into a maintenance fund for our solar equipment.”

Twin Hills now saves $80,000 per year on power, a savings that can now be used for educational purposes. So while other districts are making cuts due to the state’s financial crises, Twin Hills can boast to have retained staffing, avoided scheduling cuts, added classes and increased enrollment.

Alexis Persinger, architect for Twin Hills, explains that schools and solar systems make a perfect fit because schools can sell the power accumulated but not used during summer months. “PG&E wants people to use less power during the summer, because the statewide grid doesn’t have enough electricity to run all the air conditioners in Los Angeles,” says Persinger. “PG&E charges 30 cents per kilowatt hour at that time and will buy it at that same rate.”

Persinger encouraged Twin Hills—along with a number of other school districts—to apply for an Obama administration Clean Renewable Energy Bond, which allows them to borrow money at a low interest rate. Combined with the local bond money raised last fall by Measure M, Twin Hills was able to finance the project and start saving immediately. “There aren’t years to wait before you make money back,” Persinger explains. “The first day you run the system, the district is making money, which is very important right now as the state is cutting back schools. Any money you can bring in is revenue.”

Crawford says the solar-power system brings “added value” to the schools by raising the quality of life and inspiring new learning opportunities. “Rather than roof panels, we placed most panels on kid ports for shade or rain protection, bus waiting areas and car ports. And areas that were once dark in winter are lighted now, which is nicer and much safer. The solar project has also been a springboard for some powerful curriculum about sustainability.”

Persinger also sees added value in the charging stations. “They’re a way for the district to encourage parents and employees to move into this new era of electric cars and solar panels.”

Juliane Poirier
Previous articleLive Review: Devo at the Uptown Theatre
Next articleJan. 25-Feb. 1: Across the Bridge