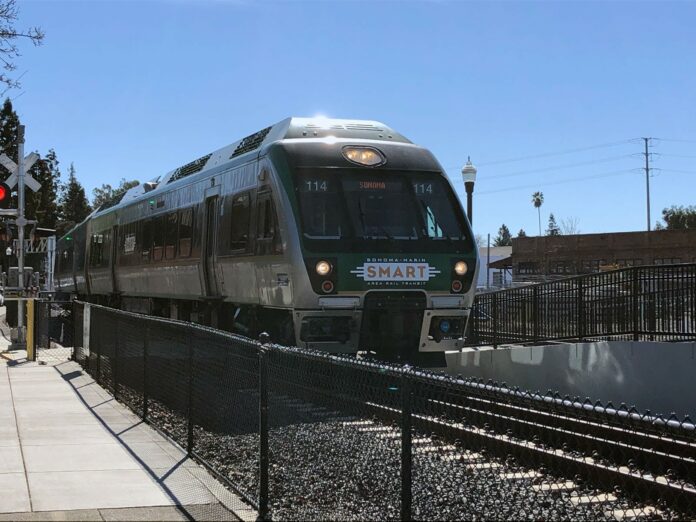 This afternoon, the board which controls the North Bay’s only commuter train service will hear a staff report on just how badly the transit agency’s finances have been impacted by the Covid-19 pandemic.

Even before the pandemic drastically reduced the Sonoma-Marin Area Rail Transit agency’s ridership, the transit agency was facing a somewhat uncertain future.

In early March, voters in Marin and Sonoma counties rejected Measure I, a ballot item that would have extended the sunset date of the agency’s quarter cent sales tax from 2029 to 2059.


Supporters of the measure said that approving the extension well in advance of the end of the current tax’s lifespan would allow SMART to refinance its debts and repurpose the money to bolster train service.


But, after an insanely well-financed campaign for and against Measure I, skeptics of SMART won out. Measure I’s backers failed to win the two-thirds support the measure needed.


Since then, a worldwide pandemic has lowered transit ridership across the country and SMART is expecting a drop in ridership and sales tax revenues in the coming years.

At their meeting today, SMART’s board will hear an update on the agency’s budget projections for the current and coming fiscal year.

The meeting will be streamed on Zoom beginning at 1:30 pm. The agenda and information about how to view the meeting are available here.