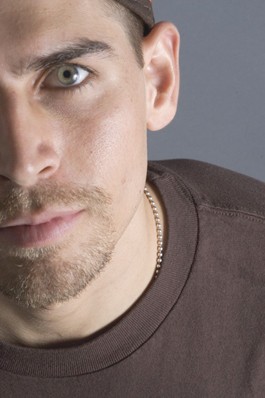 Carlos Andrés Goméz, a Harlem-born poet internationally renowned for his work, was ranked twice as a National Poetry SlamFinalist, collaboratively performed on Broadway with tap dancer Savion Glover and has starred in the Spike Lee joint Inside Man.

“I moved like crazy growing up,” Gomez by phone from an Illinois hotel, part of a frantic fall tour schedule, listing off several East Coast states and nations such as Brazil and Switzerland as areas where he grew up. Being the child of a father who worked for the U.N. and mother who was an anthropologist, Goméz moved quite frequently in his youth. Even with such educated parents, he recalls, “I used to dislike reading and writing. I didn’t learn English until I was five, and I wasn’t able to read until I was 10.”

This changed when he was 16 and at school in Providence, R.I., when he heard poet Martin Espada perform. “I was entranced with reading and writing [after that], and haven’t stopped since.” Goméz went on to graduate from the University of Pennsylvania at Philadelphia with a degree in American history, and spent a year and a half as a social worker and four years as a public school teacher in New York City.

As a poet, Gomez is still influenced by Espada as well as by Pablo Neruda. He has taken cues from his favorite poets and also incorporates complex themes and conceptual ideas in his work. His goals are always to reveal a sense of clarity that allows a voice to be present in the piece, and to utilize said themes and concepts to in turn reveal himself. “I write every single day, could be five poems or little scraps, ideas, lines or concepts or journaling,” he says. Goméz carries a moleskin notebook with him at all times to jot down thoughts or ideas.

Having found national fame for his slampoetry performances, Goméz is now able to be more selective with the shows he chooses to perform, be they paid positions or benefit shows for a good cause. Still, he is often on the road, and does been 100 and 150 shows a year. As a performer, Gomez will never do the same show twice. “You have to feel out the energy and vibe of the crowd. It’s like teaching,” he says, where sometimes you have to “shift on a dime.”