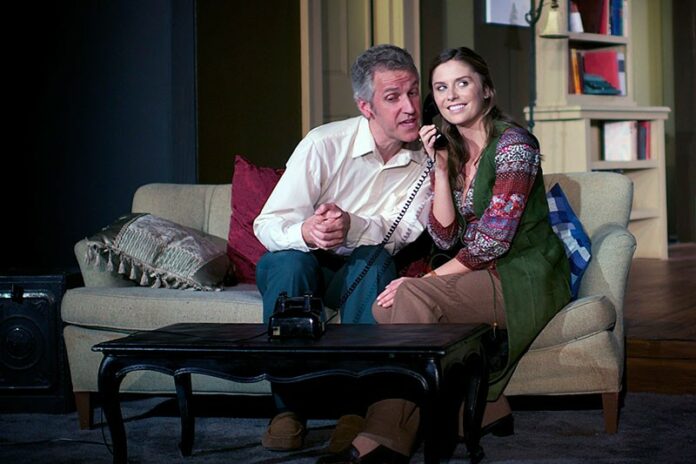 But it turns out George is still in the throes of grief, and his impulsive marriage to Jennie is instantly complicated by his emotional instability. In Neil Simon’s brutally autobiographical 1977 play Chapter Two—now running at the Ross Valley Players’ Red Barn Theater—the famously quirky playwright mines his own troubled relationship with actress Marsha Mason, whom he married just two weeks after their first date, soon after the death of his wife Joan.

In RVP’s affecting and charming—if a bit pace-challenged production—director James Nelson cleverly emphasizes the notion of two partially lived lives patched into one by dividing the stage into two halves, showing the simultaneous activities which lead to the accidental phone call that links George and Jennie together. The cast is solid, including supporters Johnny DeBernard and Jennifer Reimer. And Marcom, as Jennie, is outstanding.