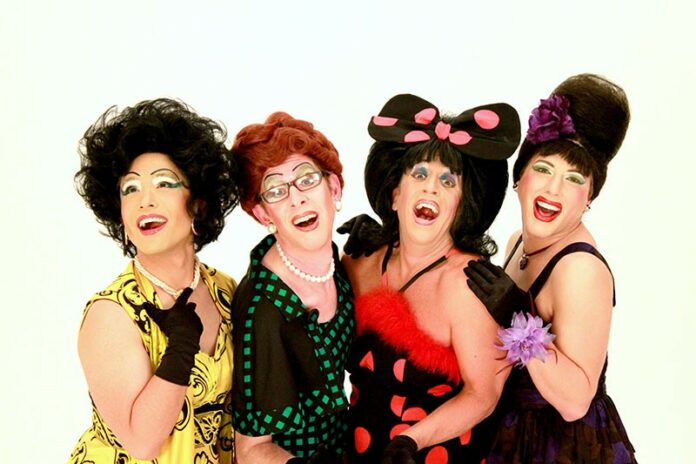 The Kinsey Sicks tip the scale

Combine one part Mel Brooks, one part Mark Twain, shake it up in a beehive hairdo and you’ve got the Kinsey Sicks, a barbershop quartet with a twist.

Named after the highest rating on the Kinsey Scale of sexual responses (zero being strictly hetero and six being totally homo), the Kinsey Sicks, a self-proclaimed (and trademarked) “dragapella” group, have 20 years under their garter belts of delivering wild performances.

“It’s a roller coaster ride,” says founding member Irwin Keller, rabbi of Cotati’s Congregation Ner Shalom. This week’s show finds Keller performing for the first time locally since moving here, and as he says, “I’m looking forward to seeing exactly how terrified I can be performing as Winnie in front of all the people for whom I am usually Reb Irwin.”

Their holiday show, “Oy Vey in a Manger,” features songs like “God Bless Ye Femmy Lesbians,” “I’m Dreaming of a Betty White Christmas” and—not a typo—”Satan Baby.” Says Irwin, “Hey, if Trixie’s willing to sell her soul to the devil for reality TV, then who am I to judge?”