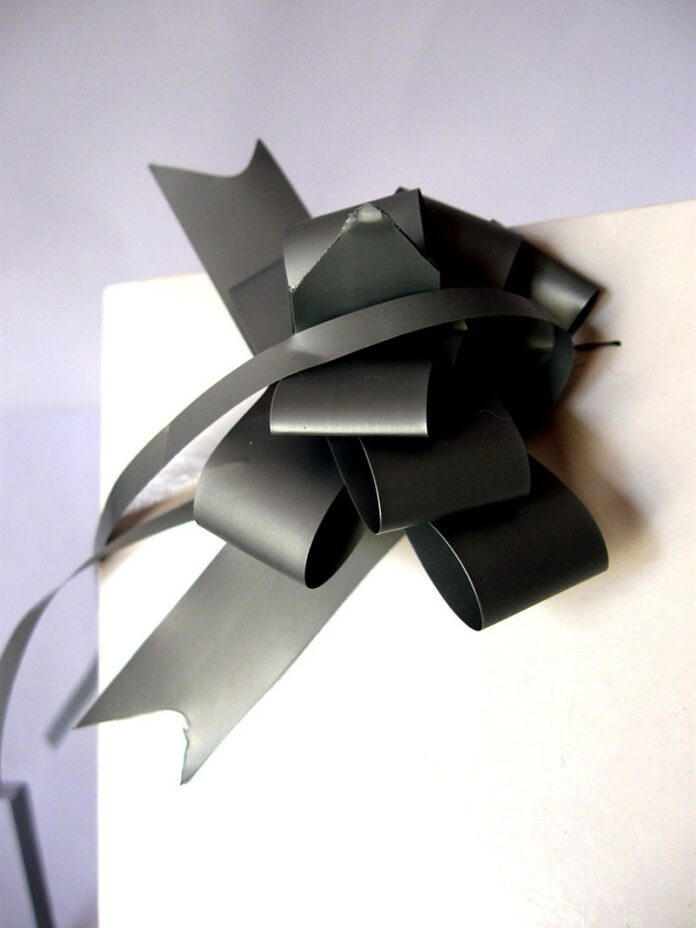 Last month, my son Jordan and I went to a birthday party for my retired friend who, in lieu of gifts, asked guests to bring some cool object they didn’t need anymore. These treasures were then arranged on a table, and we were instructed to write our names on sticky notes and attach them to any item that thrilled us. If you brought two things, you could take two things, and so forth.

I scored a set of 40-year-old kitchen bowls in their original box; I knew they were authentic because they were made in the U.S.A.—wow, an American flashback! The eclectic array of things inspired a lot of laughing and talking around the table (“Does this wig make me look fat?”) among mostly strangers. The most fun I had was seeing a woman claim the necklace I’d brought; her eyes got so wide you’d think she’d just found the Holy Grail of accessories. At that moment, I felt really happy. I’d made someone’s day, just by parting with one piece of stuff.

My excitement about sharing is universally human, though the so-called consumer culture denies it. People do not naturally fit in the “consumer” box that we have been shoved into. As we leave that box, we can now join a fun movement that takes us beyond the message in Annie Leonard’s 2008 video The Story of Stuff. Leonard’s to-the-point cartoon spelled out the mess that consumerism has created, and now she and her anti-waste team have partnered with two groups—the Center for the New American Dream (aka New Dream) and Yerdle—to spell out where we need to go: toward giving rather than consuming.

One expression of this value is the Giving Spree pledge for Nov. 23, otherwise known as Black Friday, considered by many the most socially isolating, stuff-consuming day of the retail year. The emerging project Yerdle is starting to mobilize people around the San Francisco Bay Area in friendly events including house parties known as Sharing Shindigs, held with friends and family.

For those shy of parties, shared stuff is also being aggregated for online viewing. Doesn’t it sound better than a claustrophobic trip to the big-box store or the impersonality of Amazon?

There Is No Away