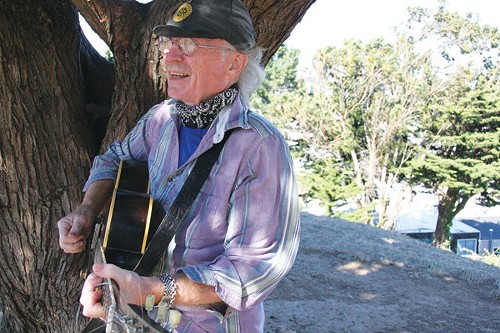 If you’ve got one of those friends still clinging to his manual typewriter and Polaroid Land Camera in the other, who extols the virtues of rotary phones and rub-on lettering, who distrusts anything made past 1978 and loudly proclaims so, have we got the gift for him: Michael Hurley’s 1984 album Blue Navigator, reissued in 2010 on 8-Track! We’re not kidding! Nor are we kidding when we report that the initial pressing of 50 sold out, and one later sold on eBay for $46! It’s official, folks: the old-timey trend has reached “drooling weirdo” levels. Hurley, an avid 8-Track fan and underground cult-folk hero, plays Thursday, Sept. 26, at Sweetwater Music Hall. 19 Corte Madera Ave., Mill Valley. 8pm. $22—$35. 415.388.3850.

Oct. 19: ‘The Phantom Carriage’ at the Jarvis Conservatory