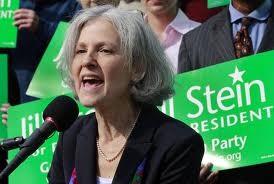 Though the Vegas odds are decidedly not in her favor, Green Party presidential candidate Jill Stein is in it to win it. Hell, after the total breakdown of Mitt Romney’s campaign, who knows what could happen in November? Stein, a medical doctor who once ran against Romney for governor of Massachusetts, is touting a platform of a “Green New Deal,” which would create jobs while simultaneously solving environmental problems. If that sounds markedly close to Obama’s stated goals, consider this: Stein also vows to end all drone strikes. With strong convictions—which recently resulted in an arrest at a Fannie Mae protest in Philadelphia—Stein makes her case on Tuesday, Sept. 25, at the Evert B. Person Theater at Sonoma State University. 1801 E. Cotati Ave., Rohnert Park. 1pm. Free. 415.425.3733.