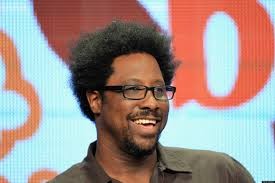 W. Kamau Bell is a serious comedian. The San Francisco–based comic, voted best in the city by the SF Weekly and the Bay Guardian, offers a searing, socially conscious voice. He has been seen and heard on everything from Real Time with Bill Maher to WTF with Marc Maron. Recently, the ACLU appointed Bell its “ambassador of racial justice,” sitting alongside other celebrity ambassadors like Harry Belafonte and Cyndi Lauper. Currently touring in support of his new album, Oh, Everything!