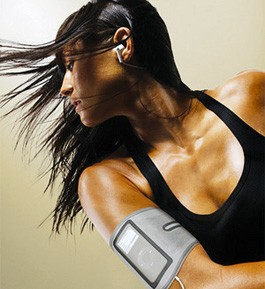 The top workout songs for the gym

To most of us, workout music is a forgettable playlist with a bunch of artists whose albums we’d never buy and whose songs we’d never listen to outside of our headphones while huffing and puffing on the treadmill. But to Chris Lawhorn, administrator of Run Hundred, it’s an obsession. As the “web’s most heavily trafficked workout-music site,” Run Hundred has its finger on the throbbing pulse of what’s fueling those calorie-burning sessions nationwide.

A few weeks ago, Run Hundred published its annual readers poll for the best workout tracks of the year. Heard of any of ’em? If so, then you’re probably on your way to the gym right now. If not, never fear—typing “Shiny Toy Guns” into a search engine won’t result in a visit from Homeland Security (at least, we don’t think so).

8. Yolanda Be Cool and Dcup, “We No Speak Americano”

Get Yer Wheels On