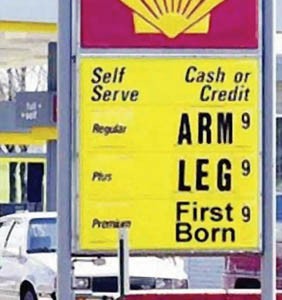 When gas gets this expensive, most of us go toward the cheapies–ARCO, Safeway gas, the Costco stations. But some people go to the Venezuelans. There’s an e-mail circulating these days that urges folks to support the socialist revolution by fueling up at CITGO, a station that carries gas made with oil originating from Venezuela.

Venezuela is an interesting place right now, though we don’t hear too much about it in the States. President Hugo Chavez is tight with Fidel Castro, for instance, and he is beginning a policy of land distribution for the poor, much like that of Cuba. But Venezuela is a lot different than tiny, deliciously-cigared Cuba. Namely, it is the fourth largest supplier of crude oil to the United States. For perspective, according to Department of Energy figures, Saudi Arabia is number three.

In a move that may eventually affect the U.S. oil supply, Chavez recently announced the formation of Petrocaribe, a petroleum company devoted to providing regional oil to Venezuela’s sphere of influence. Fourteen Caribbean member countries including Belize, Grenada and Jamaica will soon receive preferential oil pricing from Venezuela. Chavez promised them 40 percent off today’s per-barrel rate, and if it goes to $100 per, he’ll give a 50 percent discount with a grace period of one to two years. Venezuela is going to team up with Mexico in order to guarantee 80,000 barrels per day under the new policy.

Chavez’s thinking is that developing countries are at a major disadvantage should oil become scarce because the “developed” world will take it all. An AFP article quotes Chavez as saying that we are amid “an energy crisis the world is having dumped on its head . . . because of the excessive wasting of the developed north; it is irrational consumerism.” Anyone who wants to argue this point need look at just two numbers: the worldwide oil production per day (84 million barrels); and the U.S. consumption per day (21 million barrels).

Although the Chavez plan has been mocked by conservatives who urge that Venezuela should build relations with the United States, I wonder why he should? As our fourth largest provider of oil, Venezuela has the advantage. I also can’t help but think Chavez isn’t such a bad guy. Especially when you consider that a Petrocaribe spokesman said the deal might also include a “fund to contribute to social and economic activities to help resolve social and other problems in Caribbean countries.”

So, CITGO anyone? Alas, according to the “Oil Market Basics” primer published by the Department of Energy’s Energy Information Administration, the global nature of the oil market makes boycotts by individual consumers ineffective at reducing the oil revenues of a given oil producing country(s). Similarly, an antiboycott wouldn’t work for that same reason.” Because the overall consumer demand for products made from oil (like gasoline and diesel fuel) would be unchanged,” the DOE’s website explains, “the oil would simply be purchased by some other company.”

Furthermore, there’s that nasty issue of refining. Just as those giblets in a factory-processed chicken don’t actually belong to that particular chicken, the refined oil isn’t separated out by the company at the refinery, and it is probably always a blend of what was on hand that day. Can you imagine a refinery operator saying, “Yep, today’s Exxon, then we gotta wait for Shell to get theirs in.” It’d be a zoo. Plus, companies often share pipelines that mix the oils anyway. When you’re dealing with huge quantities of liquids, nothing can be that black and white.

Which is a bummer, because remember a few months ago I wrote that article about Exxon, suggesting people should not fill up there? Totally useless. A boycott will only affect market share, but because oil is a commodity, it will merely be sold to some other gas station.

What’s a radical to do, then? From the mouths of the DOE: “The second way consumers impact the market is by reducing gasoline consumption. If enough people reduce driving or switch to more energy-efficient vehicles, gasoline demand would decline and prices would be dampened.” Yeah, like a soggy blanket!