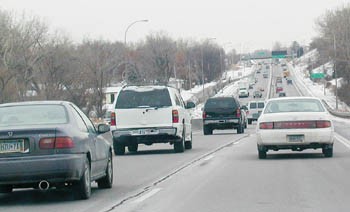 Rules to live by if ridesharing this holiday

Now that it’s Thanksgiving time again, people are feeling nostalgic about T-Days of yore and, sometimes against their better judgment, have pointed their compass toward home–the place where you first wet the bed, had your senior prom and had your first fender-bender with dad’s midlife-crisis car.

Why we go back is just as mysterious as salmon returning to the river where they hatched, except for us, the dicey family dynamics create drama and chaos, when a lonely pile of pebbles would be so much easier. The only thing we can depend on for Thanksgiving is that the traffic’s going to be a bitch.

As such, it’s a great idea to carpool those long distances home if you can. And these days, this often means taking a ride from a stranger found on Craigslist. Just a quick survey of a few of the major cities Craigslist serves shows hundreds of potential ride seekers and ride givers all over the country.

The ride seekers outnumber the givers by a rough margin of 2 to 1. What does that mean for the seekers? Let’s say it together: brown-nosing! Here’s one poster from the Bay Area, trying to get a ride: “I will: pay (at least for gas, more if necessary; it’s negotiable), drive (or not, your preference), entertain you with lively conversation (or not, I could be totally silent/asleep if you prefer), compliment you on your choice of driving music.” Exemplary.

Ride givers can be grouchy and difficult. The burden is theirs. At the same time, they want riders, probably for only one reason: gas money. Maybe they also seek some rest from driving, but when’s the last time you could relax while a stranger name Ras “One Love” Jones commandeered your automobile? But they are sensitive too, as I found in this ride-offering post from Connecticut: “If you don’t have anything nice to say, please don’t. I’m sick of mean people. Remember: it takes me lots of time to pick people up and drop them off at their doors (adding at least an extra hour on to my trip, sometimes more), in addition to the gas and tolls.”

On both sides, there’s legitimate fear of “wackos who might kill you.” After all, ridesharing is like hitchhiking by e-mail. My friend Naomi regularly rideshares, and she follows two rules when negotiating her ride. One is that she talks to potential drivers on the phone first. This allows her to tell if their voice will drive her crazy or not, and it is the first stage in a pyschokiller-person analysis. Rule two is that she makes sure they don’t mention beds. One guy called and started to describe his van with the bed in back. Naomi hung up–she wanted a ride only four hours away.

It’s not that Naomi never had a bad ride–sure, she spent some time in Oregon with two junior philosophers debating free will and the innate nature of man–but she hasn’t been killed yet. Final piece of advice from Naomi: before leaving, get the driver’s name and license plate number, and send this information to your mother. Don’t tell me what any of that will do, it just makes everyone feel better.

Once in the vehicle and hurtling toward Des Moines, all parties should bear in mind that a car share is kind of like an intentional community for a few (sometimes painful) hours. Set rules at the beginning, and you’ll be happy. I’m talking about things that will kill a road trip if not everyone agrees: speed limit, smoking, music and temperature of car. Finally, you must never forget you’re still at the mercy of traffic and others’ unsafe driving.

Here are a few tips to remember while on the road, whether you’re Craigslisting it or not:

Drivers should be alert at all times. Switch if someone gets sleepy.

Try to get all your driving done during the day–it’s much safer than nighttime motoring.

Drive with headlights on, even if the Craigslist people think you’re weird–it’s much safer, as headlights make your more visible.

Don’t talk on the cell phone. Not only would this cause mutiny on the rideshare, the car is still the world’s deadliest phone booth.

Everyone should use seat belts. Have fun, and eat some cranberry relish for me.