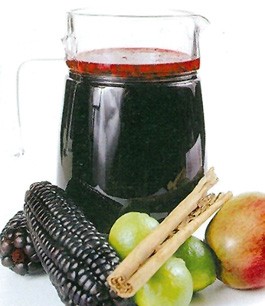 Resveratrol is popping up all over the North Bay these days. Recently found in film festival gift bags, in chicha morada, a nonalcoholic drink served at Peruvian restaurants, and, of course, on a foot or two of shelf space in Whole Foods, enthusiasts of this polyphenolic compound claim healthier cardiovascular systems with regular intake.

“I took two a day, and within 20 to 30 minutes I felt a burst of energy,” testifies Jennifer Wright, team leader and specialist of the bodycare department at Sebastopol’s Whole Foods market. “It was like the boost you get from coffee, but it didn’t wear off and leave you tired.”

Resveratrol is naturally produced by plants, and is found in high amounts in the skins of red grapes and, subsequently, red wine. It’s also found in smaller amounts in peanuts, cranberries, blueberries, cocoa and purple corn, the main ingredient of chicha morada.

Sales of resveratrol supplements have been on the rise, but like many other nutritional supplements on market shelves, resveratrol is still being studied. According to the Linus Pauling Institute at Oregon, experiments have shown positive results in lengthening the lifespan of yeast, fruit flies, nematodes and rats—and inhibiting cancer growth in mice—but these same effects have yet to be proven in humans. That doesn’t prevent consumers from spending anywhere from $17 to $44 for 60 capsules of resveratrol.

Since no widely accepted side effects have been found so far, and since both the caps and chichi morada seem to give users a pick-me-up, here’s hoping the studies of its effects on humans conclude positively with another nod to healthy living.

Previous ArticleSonoma County: Where Even Grocery Outlet has a Sommelier

Next ArticleAcross the Bridge: Jan. 19-25