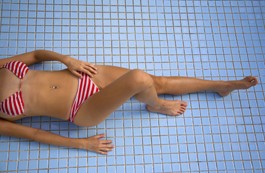 R aymond Blatt says that converting Sausalito’s Alta Mira hotel property and five adjacent houses into residential rehab facilities is the most rewarding thing he’s ever done. If Blatt’s Alta Mira Treatment Program had existed 18 months ago, when he helped a loved one go through substance-abuse treatment in Arizona, he says that he wouldn’t have had to look for help outside the North Bay.

“That’s what’s driving this—the sense that I can help somebody else who needs help,” Blatt, who co-owns the facility with his father, Michael Blatt, explains. “I want to have the best place to recover anywhere, so the people who need help get help.”

Not everyone sees it that way.

A 30-day stay in the Alta Mira Treatment Program costs between $42,000 and $48,000 (the Betty Ford Clinic is around $23,000), and in addition to helping clients dry out and detox, includes such services as yoga, massage, acupuncture and Toltec wisdom circles.

Nowadays, most health insurance only covers inpatient substance-abuse treatment for the few days of detox and nothing more, making this type of facility available only to those who can pay for it privately.

And as previously reported in these pages (“Detox Deluxe,” Dec. 5, 2007), the city of Sausalito is suing, claiming that last fall’s conversion of the Alta Mira Hotel into a multispace 48-bed rehab center took advantage of a loophole in state law which lets facilities with six beds or fewer get a state license without going through any sort of local review or approval. It’s a practice that’s been used elsewhere, mostly notably in such Southern California jewels as Malibu and Newport Beach.

Blatt says officials at the California Department of Alcohol and Drug Programs advised him to file his license applications that way; each building is a separate treatment center, with counseling done on the premises, although meals and group meetings are all held in the hotel building.

Sausalito mayor Amy Belser charges that Blatt is taking advantage of the six-bed loophole to “cluster” his rehab facilities. “All we’re asking is that this, like all the other buildings in town, go through our local ordinances. It’s not singled out; it’s simply the process,” Belser says of the Alta Mira’s conversion.

All of which beg the questions: What should be included in a residential drug treatment program, how much should it cost and who should decide where it goes? And furthermore, is a stay in a comprehensive residential rehab becoming available only to those with the money to afford it?

Candace Bruce, the Alta Mira Treatment Program’s executive director, says that when she started working in the substance-abuse treatment industry 18 years ago, most insurance covered inpatient services for as long as 90 days at about the same rate that the Alta Mira is charging today.

“It’s a little bit more for inflation and everything, but it’s pretty close to the rate that insurance used to cover,” Bruce asserts. She adds, “The change in healthcare has whittled down the level of care we’re able to offer a good number of people. It’s forced our industry to go to a cash-pay basis.”

And while the Alta Mira offers a B&B-like atmosphere with stupendous views of San Francisco Bay, it also provides a comprehensive rehab program, with lots of one-on-one therapy. Extra services like massage or yoga classes help release stress and tension, and ease the difficult transition into recovery, Bruce says. The Alta Mira Treatment Program is not a spa with rehab added; it’s the way treatment should be done, Bruce says, with plenty of options to help people embrace healthier lifestyles.

“The therapy we do here is intense, it’s meaningful, it’s deep,” Bruce says. “Our therapists are licensed clinicians and they’re serious about healing people.”

Research shows that the longer people are in a treatment program, the better their chances of staying in recovery. So if massage, yoga or other options help folks stay in rehab longer, that’s all to the good, says Deni Carise, professor of psychiatry at University of Pennsylvania School of Medicine and director of treatment systems research at the nonprofit Treatment Research Institute.

“Twenty years ago, people could get a 21-, 28- or 30-day stay covered [by insurance] in a residential treatment facility,” Carise explains. “Today, 90 percent of all treatment is outpatient, and what is being done inpatient is detox only and usually for a stay of three to five days.”

The change has been driven by companies’ need to cut costs rather than what’s best for patients struggling with substance-abuse issues, Carise says.

“They’ve really misquoted the research that has been done on the two [inpatient and outpatient] being equally effective. Studies that show outpatient being as good as inpatient started with people who could be treated in an outpatient setting.”

Even outpatient funding has been trimmed way down, so that most counseling work is done in a group format instead of one-on-one.

“That’s why you’ve ended up with a lot of these high-end programs that are all self-pay,” Carise says. “It’s the only way they can stay in business.”

It’s likely, she adds, that 20 years ago the costs of going through the Alta Mira’s rehab program would have been covered by most health-insurance policies.

“This is a resort experience that they’re promoting,” Huffman charges. “The notion that insurance used to cover that is specious.”

He adds, “If we were talking about a legitimate six-person facility that was blending into the neighborhood as the law intended, I might agree. But that’s not what we’re talking about with the Alta Mira or with Bayside Marin [in San Rafael] or with any other rehab resorts. You get the sense that treatment is almost a sideline to what folks are paying.”

Huffman plans to introduce legislation that would prohibit using the six-bed-or-less rule to “cluster” rehabs in residential areas.

Huffman charges that the true focus of these types of places is on “making lots and lots of money.” Not surprisingly, Raymond Blatt sees the situation in a different light.

One of the problems, Blatt charges, is that there’s still considerable social stigma attached to any type of substance-abuse treatment.

“There’s a lot of prejudice around addiction and people who are addicted,” Blatt says. “I’m a juvenile diabetic, and it’s very similar to addiction in that it’s a chronic disease. If people discriminated against me for being a diabetic the way they do against people with addiction, I think people would never get into recovery.”