.Plea for the Trail 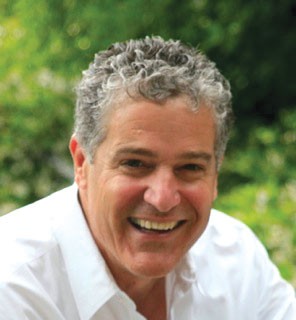 I have a photograph of Richard Becker, grinning as his son and mine sit in respective high chairs, vigorously gumming the “health cake” I concocted for my son’s first birthday party. It was an exclusive celebration—just the boys and both sets of parents.

The boys are 11 now, and Richard’s name is suddenly attached to a memorial fund for the Napa Valley Vine Trail, a cause endorsed in this column before, but never with such sad and fierce resolve.

One month ago, Richard—a smart, funny, fully experienced cyclist—was killed by a car while riding his bike near St. Helena, where he and his wife, Jennifer, and their son, Nathan, have lived many years. Richard didn’t have the option of riding a dedicated bike trail. There isn’t one.

Compared to Bay Area communities of equal affluence, the Napa Valley, where I live, is impoverished for its lack of a cyclist-pedestrian refuge. Touted globally for wine and food and picturesque beauty, Napa draws visitors from around the world, some of whom insist on renting bikes and touring. Typically, they select from the north-south arteries flanking each side of the valley; both are two-lane highways shared with cars driven by winetasting visitors, some trying to remember the correct lane to occupy and possibly feeling the effects of a Zinfandel that tops out at over 16 percent alcohol.

Napa, for locals and visitors alike, is not a safe place to ride or walk very far. Just a few truncated paths exist. Efforts to change this have been underway for four years. When the Napa Valley Vine Trail overcomes financial and various other land-use obstacles, there will be a 47-mile dedicated bike and walking path from Calistoga to Vallejo, giving visitors and locals alike the option to enjoy the outdoors safely.

Chuck McMinn, spearheading efforts to complete the trail, calls Richard’s death a terrible tragedy. “We’ve been overwhelmed with the outflowing of support in honor of Richard,” McMinn tells the Bohemian.

“At the end of the day, it’s about community,” McMinn adds. “We need this trail, and it’s been gratifying to me over the last four years how many people support it, including the 27 organizations on our board of directors.”

Donations in Richard’s honor have exceeded $10,000 at this writing. Next year, construction begins on a new section of path, closing the gap between Yountville and Napa, and bringing the trail miles closer to completion.

Next ArticleSept. 27: TEDx Marin at the Kanbar Center