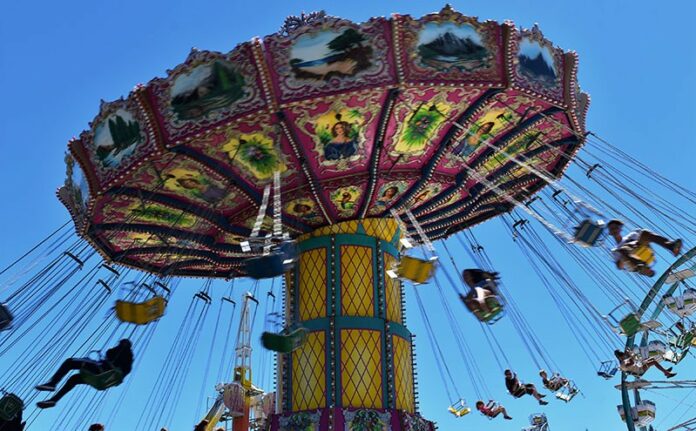 Longtime Bohemian and Pacific Sun contributor for 20 years, Rory McNamara has for the last 15 of those years been running the photography program at Cardinal Newman High School in Santa Rosa. The program provides a traditional photography experience replete with film processing and darkroom printing, as well as instruction in the use of modern digital cameras and editing software.

This holiday season, the Bohemian features work from this year from two Cardinal Newman students, Katerina Rahhal and Dyllan Knechtle. Their work can also be seen, alongside that of many other students, in the online arts and literary magazine, School Times, that Rory publishes for the school, at newmanschooltimes.org.—the Editors

The morning was young and the streets were still sleeping before becoming alive. A handful of cars swept across the city, most likely sending people off to work or school. I had been on my way to school and was in need of my daily Snapchat streaks picture. My phone camera was positioned at the window as I waited to capture a decent picture. Sometimes, it requires patience; others take mere seconds. A pregnant moment had passed before I had caught this one. Satisfied, I sent it off.

Joyful screams tear through the air at the Sonoma County Fair. Smells waft from food stands as people hurriedly pass through the crowd, mumbling a “Sorry” or “Excuse me” every now and then. Those boarding the rides show a variety of emotions. Some shake nervously; others throw their hands up in excitement. The day radiates happiness!

Cheers erupt from the student section as the Cardinal Newman football team scurries across the field. Although the evening has taken on a cold bite, fans refuse to dim their enthusiasm. Energy circulates through the bleachers—the community has come together once again, creating a beautiful presence and sense of family.

September 2018: Workers move fast to get all grapes off the vines, and almost play leapfrog as they run in front of each other to get to the next vine. You can feel the gentle breeze in the hot air and see the dust from their feet as the run through the row. This is tough work for highly skilled men—without them, there is no harvest.

A fieldworker cuts excess leaves off the grapes. After sorting and spreading some of the best grapes grown in Sonoma County, the workers park the tractors and trucks for the night. The nights grow colder as the year moves toward the end of the season.

It’s getting close to the end of the harvest. This is the most hectic time of the year for farmers. The tractors race around as if they were doing laps at the track; there is a hustle to get the full bins unloaded. You can smell the diesel and dust in the air; you can hear feet stomping the ground as workers run to dump their trays in the bin. Jose Sanches counts the trays as they’re brought to the tractor. Minutes later, he hops onto the seat and drives the bins to the truck.