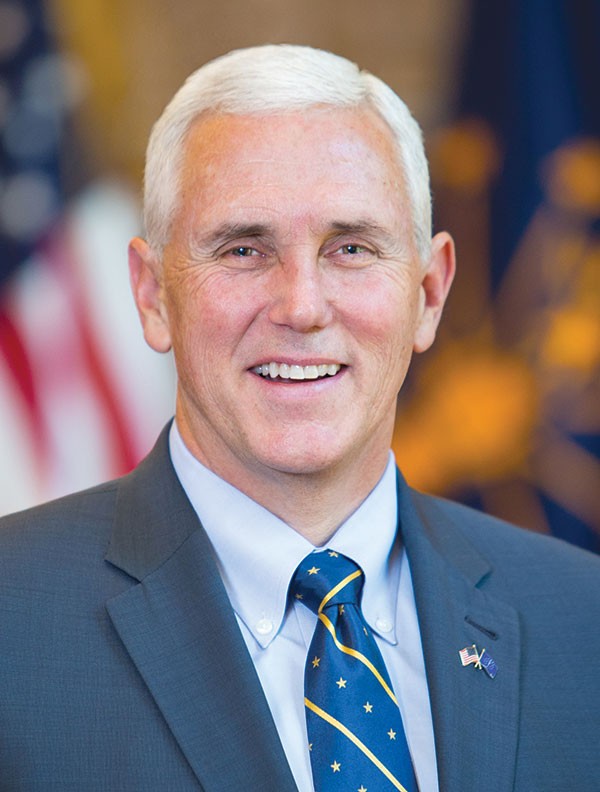 The Republican nominee’s choice of Indiana governor Mike Pence as his running mate means Donald Trump has selected a man who is the very embodiment of last century’s “tough on drugs” prohibitionist attitudes.

Pence’s anti-drug reform stances are part and parcel of his overall social conservative, Tea Party positions. He has also been a strong opponent of gay marriage and abortion rights, and a strong supporter of “religious freedom.”

Mike Pence is just fine with that. In fact, three years ago he successfully blocked a move in the Ohio Legislature to reduce some of those penalties, saying that while he wanted to cut prison populations, he didn’t want to cut penalties to achieve that end.

“I think we need to focus on reducing crime, not reducing penalties,” he said. “I think this legislation, as it moves forward, should still seek to continue to send a way strong message to the people of Indiana, and particularly to those who would come into our state to deal drugs, that we are tough and we’re going to stay tough on narcotics in this state.”

Pence did sign emergency legislation allowing for needle exchange programs in some Indiana counties last year, but only after initial resistance, during which more than 150 cases of HIV/AIDS were reported in one county alone. His hesitation was in line with his anti-drug values, as evidenced by his 2009 vote as a U.S. representative to maintain a federal ban on needle-exchange funding.

Pence is also a gung-ho drug warrior when it comes to the Mexican border, having voted to support billions in funding for Mexico to fight drug cartels and for using the U.S. military to conduct anti-drug and counter-terror patrols along the border.

Bizarrely enough, there is one drug Pence has no problems with, but it’s a legal one: nicotine. He is an apologist and denier for Big Tobacco.

“Time for a quick reality check,” he said in 2000. “Despite the hysteria from the political class and the media, smoking doesn’t kill.”

Pence has been handsomely compensated by tobacco companies for his advocacy against anti-smoking public health campaigns, even though they have proven wildly successful in driving down smoking rates.