.Of Tropes and Tatas

We’re all starting to notice all the very weird writing about women. It’s about time. 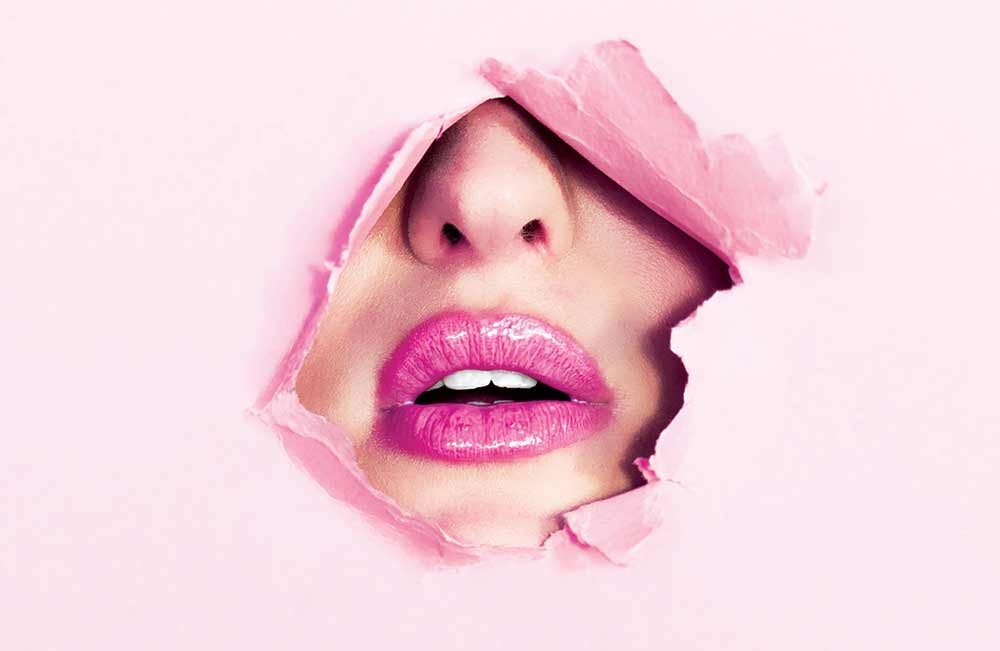 Enter the internet. In 2017, the Reddit subreddit (that’s redditspeak for a dedicated community) “Men Writing Women” was born, and the skewering of male authors’ most galling, ridiculous, and downright unscientific passages about the female form went viral. The subreddit has more than 319,000 members and counting. Its tagline: “She breasted boobily down the stairs…” One especially frequent crowd-sleazer is John Updike. Journalist Julia Carpenter noted this passage by Updike, an author who surely wouldn’t have been able to figure out who moved his cheese:

“But she was, for the bathroom door didn’t altogether close, due to the old frame of the house settling over the centuries, and she had to sit on the toilet some minutes waiting for the pee to come. Men, they were able to conjure it up immediately, that was one of their powers, that thunderous splashing as they stood lordly above the bowl. Everything about them was more direct, their insides weren’t the maze women’s were, for the pee to find its way through.”

(For those interested in anatomical literacy, women’s urethras are actually shorter and more, shall we say, direct than men’s. But it’s the bad science in service of some desperate, sexist schtick that’s the point.)

So exasperated was one creative professional, Meg Vondriska, that in 2019 she launched the Twitter account @MenWriteWomen, a well-curated, literary spin on the foundation that Reddit built (Reddit tends to the more wild and digressive, whereas Twitter has a generous author community). In less than a year, the account has grown to just shy of 50,000 followers.

Vondriska, who works by day as a social strategist at an agency in Boston and is a devoted reader by night (“3 to 5 books is a good week for me,” she says, and her Good Reads account brings the receipts), has been covered by NPR and The Telegraph, among other outlets. While plenty of the Twitterati have taken note—the account is followed by everyone from actor Seth Rogen to feminist writer Talia Lavin—it’s the merciless riffing in the replies to Vondriska’s posts that brim with comedic catharsis and keep the followers flocking.

When we find the opportunity to speak, I ask Vondriska about this line between humor and social comment. She is thoughtful; her aim is more serious than mere clowning on the worst of the male canon (which is perhaps redundant). While acknowledging the value that humor plays in finding relief from the absurd and unjust, she is frank.

“I think we should be concerned that men are so bad at writing about women,” she says. “Like, do you not know a woman you can just ask? Why is nobody talking to each other?”

Lest one be tempted to chalk this up to a millennial meme or social-justice warrior hand-wringing, even a cursory skim of the feed quickly makes plain the sheer casualness, the jarring banality of how women and their bodies are so artlessly described in millions of words across genres and periods. It’s stunning. There are consistent tropes, she says. I ask her which ones she finds the most baffling.

“Honestly, it’s breasts,” Vondriska says, with a heavy sigh. “Always with the breasts. Men really struggle with understanding females and the relationship to sex. I think the root of men objectifying breasts—they’re cupcakes, mountains, molehills—is based on men’s limited and warped understanding of what sex is like for women. ‘What is an orgasm like from a vagina?’. Clearly, these are frank conversations men are not having.

“Why it’s concerning is because these are authors who go to great lengths to do serious research about everything for their novels. Policemen and lawyers but not women and sex? Although hats off to the creativity, sir, finding a way to describe breasts as bleu cheese. At this point, someone should create a search engine or a thesaurus to help these guys out.”

Other common tropes Vondriska finds problematic include gratuitous sexual violence hiding under the guise of “But the character is an asshole, so it’s okay because it’s true to his character.” No; do better, people.

Yet nothing bothers her more than the sexualizing of female children as if they’re little more than pre-women. “I don’t understand this trend that some younger or newer writers have of sexualizing children,” she says. “It’s deeply troubling and there is no reason a writer needs to do it.”

“When I initially started this, it was just an outlet because I read a lot anyway,” Vondriska says. “But the more I amassed, I just got really f*cking mad. The novels I’d get from the library drove deeper conversations with my boyfriend and he has started reading his novels through a different lens, too.”

Vondriska talks about how she’s developed an internal litmus test of sorts. Reading The Woman in the Window, by A.J. Flynn, she had initially assumed the author was a woman.

“But then the minute there’s a passage describing her breasts, nope, you know: it’s a dude,” she says.

Vondriska doesn’t work in the publishing industry, and points out that her knowledge is based on being a consumer of literature. “But what I think we don’t realize until much later in life is that we start as students,” she says. “These books shape us. So things like Updike and The Grapes of Wrath: our whole worldview is shaped by men and we just assume ‘this is what writing is like, this is how we write women.’”

“Absolutely, Stephen King,” she says. “And that’s hard, because he’s regarded by so many as arguably one of the greatest writers. I don’t think that’s true at all.”

I ask if he’s ever responded to her on Twitter—and furthermore, what her inbox is like.

“Actually, things are pretty polite most of the time,” Vondriska says. “Typically when I post something, if a guy gets bad in the comments, good luck with the pile-on, my friend. And in fact, a lot of men write me to thank me for helping them be more aware. I’m just waiting for that King feud to happen, though. I was in Maine recently and thought, ‘Oh man, I feel it coming!’”

These days, Vondriska’s bookshelves are filled predominantly with women authors.

“I think it makes me a better reader, a better writer, and really just a better person,” she says. “We should all be more thoughtful about what we are reading. If you name the five books you’re reading right now, and they’re all by white men, that’s really worth thinking hard about.”

Listen to an interview with author Sara Ost and editor Daedalus Howell about this and its companion piece All’s Fair in Cocks and War.