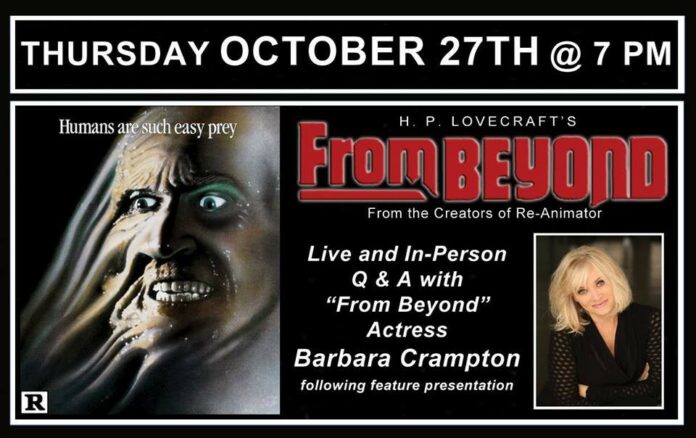 My favorite part about Halloween is bingeing on all the best and bloodiest horror movies out there. Aficionados of the genre like me are undoubtedly fans of actress and scream queen Barbara Crampton, who made her mark in the shocking H. P. Lovecraft–inspired ’80s film Re-Animator and stars in modern indie gems like You’re Next and We Are Still Here. This week, the CULT Film Series hosts Crampton to screen and discuss her craziest movie ever, From Beyond, another Lovecraftian joyride featuring interdimensional shape-shifting monsters. The screening also includes a costume contest and celebrates the horror on Thursday, Oct. 27, at Roxy 14 Cinemas, 85 Santa Rosa Ave., Santa Rosa. 7pm. $10. 707.525.8909.