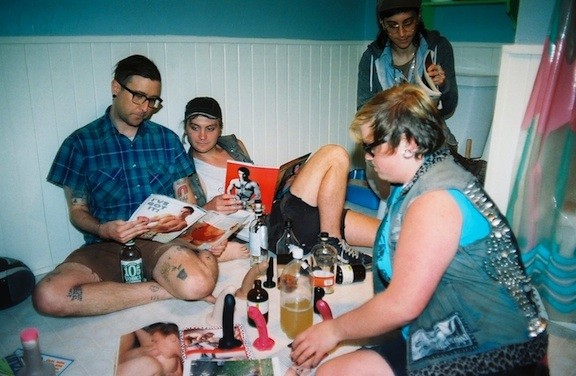 Back in the day, there was an entire genre of punk called “homo-core.” Bands like the Mukilteo Fairies and Pansy Division sang songs with titles like “Queer Enough for You?” and “Smells Like Queer Spirit,” forging the way for an LGBT-safe space in a traditionally male, heterosexual arena. Dick Binge, out of Olympia, Wash., aim to keep the homo-core spirit alive. They formed out of the “necessity to amplify queer and trans voices in the hardcore punk scene and having a gay ol’ time doing it,” all with a combination of flamboyance, critical analysis and fierce action. Dick Binge, along with Rainbow Noir and M Section, keep the dream alive on Thursday, Oct. 17, at the Arlene Francis Center. 99 Sixth St., Santa Rosa. $8. 8pm. 707.528.3009.