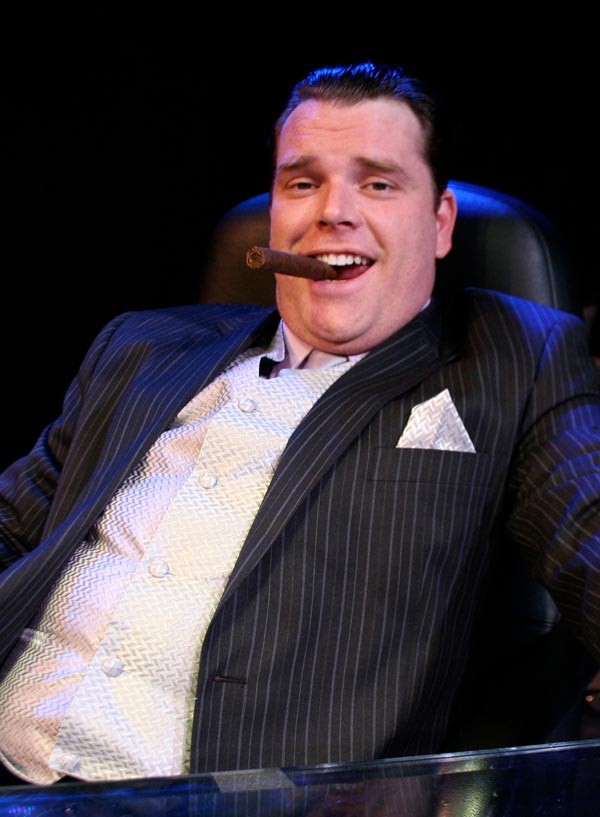 Lawrence Garfinkle is a monster. Crude, lascivious, avaricious and greedy, the chief antagonist in Jerry Sterner’s sharp-sighted play Other People’s Money (played by Keith Baker (pictured),in one of the best performances of the year) is also playful, fun-loving and brutally honest. He’s a likable monster, which makes Other People’s Money such a complex and entertaining ride.

Directed by Elizabeth Craven, the play is a cynical fable for the Occupy generation, the story of a New England company fighting to avoid takeover by the ruthless Garfinkle, a Wall Street businessman known as Larry the Liquidator. Chomping on doughnuts and cackling like a randy rooster, Garfinkle goes head-to-head with the company’s principled president, Andrew Jorgenson (John Craven, excellent), and the fiery-sexy lawyer (Laura Lowry) he hires to outsmart Garfinkle at his own game.