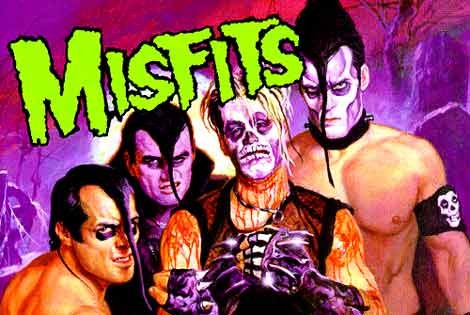 November 6: The Misfits at the Last Day Saloon

The windy city gets all the luck. The Misfits, certifiably the first horror-punk band, played Chicago last week on a most appropriate day—Halloween. This week, the North Bay gets a dose of punk classics like “Skulls,” “I Turned into a Martian” and “Attitude” from the band’s heyday, along with newer, more metal-tinged material from a reunited lineup. Purists may be nonplussed by the trio led by original member Jerry Only and rounded out by onetime member Robo and Black Flag’s guitarist Dez Cadena, but let’s face it, it’s the closest anyone will get to seeing the real thing. At least until Danzig stops buying kitty litter! Go to green hell and back when the Misfits play Saturday, Nov. 6, at the Last Day Saloon. 120 Fifth St., Santa Rosa. 9pm. $30. 707.545.5876.