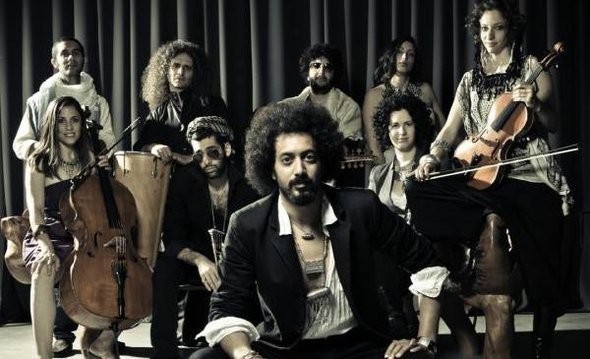 Certain bands simply need to be seen live. Yemen Blues, a band anchored in the forceful, gorgeous singing of frontman Ravid Kahalani, falls into this category, without a doubt. With a blend of Yemeni, Jewish and African traditions, the global band takes the idea of fusion to an entire new level. Kahalani sang Yemenite chants as a child, but as he grew older he began to explore West African music, jazz and funk. The result is a danceable, percussive brew, built around an orchestra of sounds from a menagerie of instruments, both Western and African. Yemen Blues plays on Sunday, Nov. 18, at the Osher Marin JCC’s Kanbar Center. 200 N. San Pedro Road, San Rafael. 7:30pm. $30—$40. 415.444.8000.