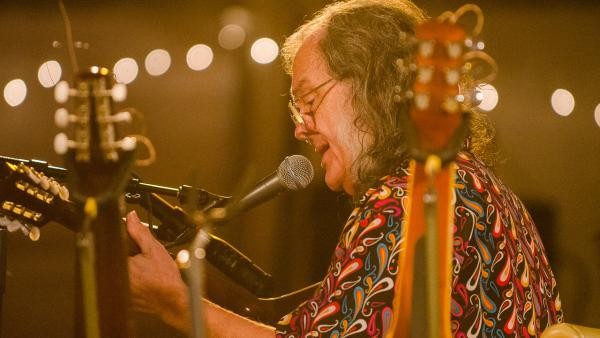 Nov. 15: A Maxi-Instrumentalist in San Rafael

For more than 40 years, the impressive guitar chops of David Lindley have competed only with the musician’s famed muttonchops running down his face. An avid collector of world instruments, Lindley plays everything from electric guitar and upright bass to the Chilean charango and the Armenian oud. While you’re busy looking those last two up, take a moment to appreciate that Lindley has shared stages and studios with fellow legends like Jackson Browne and Bob Dylan, and has influenced a generation of artists with his masterful techniques and exotic array of sounds. This week, Lindley brings his eclectic music to the North Bay, offering up an intimate solo show. David Lindley performs on Saturday, Nov. 15, at the Osher Marin JCC’s Kanbar Center, 200 N. San Pedro Road, San Rafael. 8pm. $25–$35. 415.444.8000.