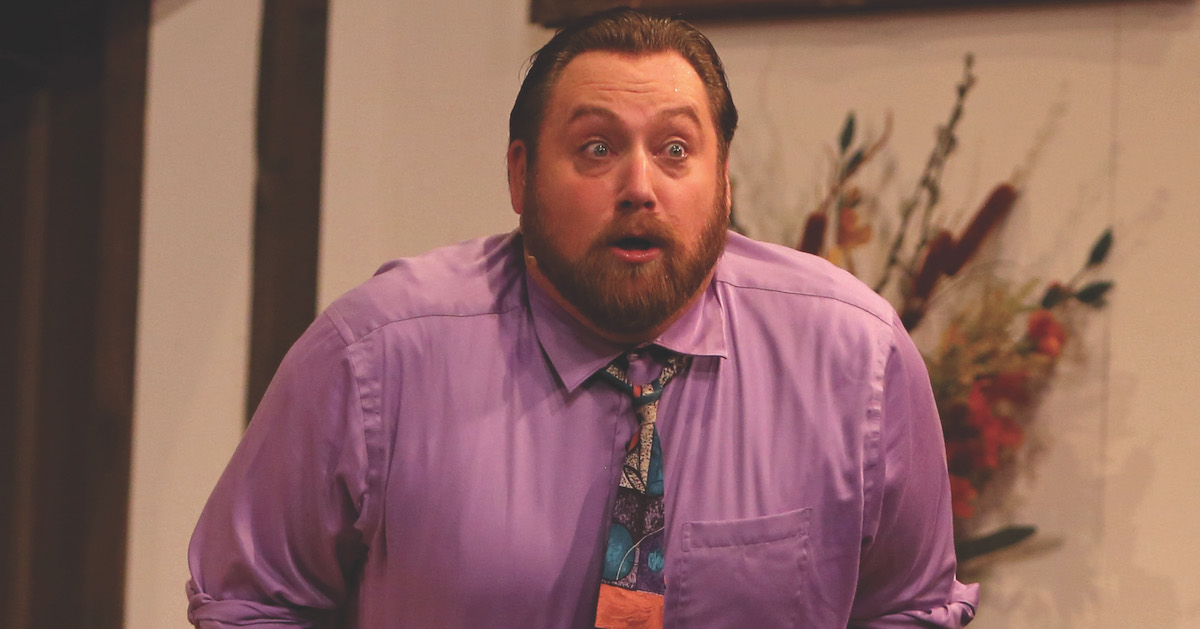 There may be no group more deserving of a laugh right now than the theater community, as pandemic-related closures and cancellations led to a general lack of mirth for folks who enjoy going to theater and the artists who create it.

North Bay companies are aiming to bring the funny back by programming several broad comedies in their seasons. Rohnert Park’s Spreckels Performing Arts Center hosts the popular theater farce Noises Off through Oct. 24.

The show(s) are set in the living room of a two-story country home, complete with seven doors, to be slammed; a staircase, to be tumbled down; and plates and plates of sardines, to be slipped upon.

Director Sheri Lee Miller puts her cast through quite a workout as they run, jump, fall and crawl across the massive Eddy Hansen-designed set as the opening scene of Nothing On is presented, not once, but three times.

Act one takes place at the final dress. Act two takes place at a mid-run performance after the entire set has been rotated so that you witness the same scene being done but from a backstage view. The third act finds the set rotated back to its original placement and the final performance begins. Needless to say, little goes right during any of the scenes as egos explode, costumes malfunction and props—and actors—go missing.

Timing is everything in comedy, and that goes double for farce. Entrances and exits must be hit exactly, or the air rapidly deflates from the comedy balloon. The same goes for physical comedy. Accidents must look enough like accidents to be believable, but not so real as to imagine that actor getting hurt. Miller’s cast does well in all these areas.

In other words, the laughs are on at Noises Off.

Next ArticleOpen Mic: Lunch at Eden