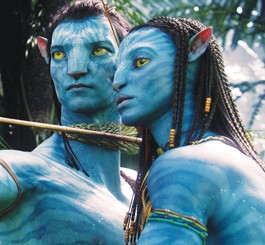 Network ecology will be a major trend of the next decade

There are several scenes in the spectacular new James Cameron film Avatar in which characters connect to animals and plants directly in a sort of bionic fiber-optic networking. The cinematic invention of these connections is subtle, yet illuminates a much larger point that was missed by most commentators in reviewing the major events of the passing decade.

There was a universal trend at play in nearly every culture that drove the major trends of the decade: network ecology. This is the knowledge that powerful networks are playing a growing role in social, natural, economic and political systems. The coming decade will see an exponential number of new connections as old ideas and new ones marry and flourish in the 21st century. Here are a few on the rise:

Traditionally Tribal Witness the insurgencies still continuing in Iraq, Iran, Pakistan, Somalia and other places where tribalism is being disrupted. This affiliation with the known and hatred of “the other” is in our genome and further enhanced through the internet. Al Qaida is a stateless network that seeks to disrupt and destroy our culture, which is underpinned by a market economy. Some networks, like those of terrorists, are predicated on pure hatred and motivated by evil. Others are more benign.

Socially Minded While guided by the inner clan in all of us, Facebook friends and Twitterers are often motivated by connecting with complete strangers. It no longer matters if people are in the same community or continent. We can seek affiliations through these networks to expand the message of our humanity. We still want to be linked to groups that represent who we are and what we believe.

Power of the Political How is it that a not-quite-one-term senator with no other federal legislative experience gets elected president of the United States? The most devastating financial crisis since 1929 certainly helped, as did disgust with eight years of ruinous governance. Yet President Obama is truly the first 21st-century candidate to have fully leveraged the power of networks. Efforts to get his followers to email, Facebook, text and call during the campaign (and beyond) was organized on a massive scale. His opponents have subsequently used these same techniques to divert and dilute useful social legislation. Lobbies are even more powerful because they have the money and troops to build effective networks. We need global financial reform now.

Transparent Economics Do we really know if the financial system is safe from another collapse? No, because we don’t know who’s connected to all of the nodes of the derivatives buyers and sellers in this $60 trillion unregulated market. This system of networks is still the most potent threat to civilization as we know it as we lunge into the second decade of the 21st century. Banks need to be separated from the buying and selling of securities (bring back the Glass-Steagall Act). All derivatives need to be regulated and placed on exchanges. We need effective “systemic” watchdogs over the banking, bond, mortgage securities and insurance industries. These items are non-negotiable. Since every exchange and market on every continent is now linked, the next market debacle will not be like the Titanic; it will be like supertankers running aground and shutting down every major port and financial center.

Energy Rework After financial network failures, this is the most dysfunctional part of our modern life. Our energy network currently runs on fossil fuels that harm our health and hurt the planet. Oil is transported from unstable, hostile places to countries that use it as if it had no consequences. The cheapest fuel-commodity on the planet, coal, is among the most toxic, pouring mercury and carbon dioxide into our air and water every single minute of every single day. One of the oldest nodes in this network, the Fisk coal-generation plan in Chicago, has been running since 1903 and is one of the biggest sources of mercury in the Midwest. We need to tax and phase out dirty power and re-align our power network with clean energy (geothermal, solar, biomass, wind). To do this will take trillions to rebuild the electrical grid and infrastructure to channel green energy to major cities or solar power from outer space. It can be done with a carbon or consumption taxes and political and economic incentives to do it over time. Doing so as a long-term national project, it will also create millions of jobs.

Home Sweeter Home Homes should be cyber-networked into the power grid to tell us where we can obtain the cheapest, greenest power and tap into it without having to flip a switch. We should have customized information regularly uploaded to us that will help us live better lives through nutrition, social action and community involvement. Being connected to the internet is not enough. How do we transform our homes into comprehensive network information tools (as they’re no longer investments)? How do we take the next step and transform network ecology into a positive social and personal ecology?

Jobs Jobs Jobs We started out the decade at roughly 4 percent unemployment. In many inner cities, it’s 20 percent to 30 percent; 10 percent is a woefully understated average now. President Obama has the right idea in his “Green Deal” to bring jobs to every depressed area through the use of green technology. This is the best social ecology project we can imagine. Employ people to create useful and productive livelihoods that help the environment and their communities. Let’s fund a massive jobs program. The free market won’t do this on its own. Market economics isn’t an ideology or a religion. It’s a description of chaos.

Cyber Clutter While the last decade was clearly dominated by Google and Facebook, we still don’t have a handle on sorting out truly useful information from noise. There’s too much of it. What’s meaningful and what’s rubbish? We need efficient tools that will give us relevant local news, health information, decent money-management advice and a host of other nuggets that are tailored to how we live and how we want to live. Look at the bestsellers of the past decade: the Harry Potter books, Malcolm Gladwell’s Tipping Point, the Twilight vampire series. These books would not have been possible without effective social networks. Teens and pre-teens are still interested in the semi-mortality of vampire networks (a sneaky metaphor for adolescence), a concept that goes back perhaps thousands of years. We still love wizard stories because we have a need for miracles and magic, even with all of this technology, and want to succeed in the cutthroat global/corporate world.

Traditional ways of making things like autos, newspapers and books are being thrown out the door. We want our stories—and vocations—delivered with pertinence and a savvy understanding of what we truly need. Look for the completely customized news-mail-site. Look for the novel that’s written based on our life stories. Look for the diet book—and medication—that’s designed specifically for your health history and genome.

Earth First I know this will be heresy to many, but in a larger sense it doesn’t matter if global warming is caused by humanity. We are still dumping tons of poisons into our air, water and soil that have nothing to do with carbon dioxide production. Making electricity by burning fossil fuels creates acid rain and fouls waterways and poisons marine life. Mining metals dumps untold toxins into watersheds and the air. We are clearly disrupting natural systems in tens of thousands of ways. There’s only so much potable water on the planet and arable soil. If we’re looking at a population of 10 billion people in the next 30 years, we will need to make everything we do renewable and less toxic. By better understanding natural ecology, we will gain insights into cancer, heart disease, diabetes, autoimmune diseases and a host of other health maladies. We are all networked to what we eat, breath and drink. We have to stop poisoning ourselves.

Without being a spoiler, the success of the natives in Avatar relies not only on their access to their planet network, but their ability to organize each other. Let’s put down our iPhones, iPods, X Boxes, smart phones and charge cards long enough to do something useful in our communities. Really productive change occurs when you leverage that network.

Enter the decade of the dynamic econet, a system that changes things for the better on a large scale.