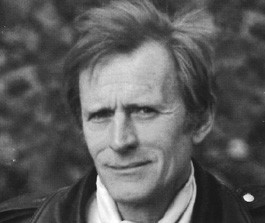 Remembering Nino Ferrer, the man who brought the funk to '60s French pop

Aug. 15 marks what would have been the 72nd birthday of French pop musician Nino Ferrer. But, as Aug. 13 marks the eighth anniversary of his suicide, the only thing left to do is celebrate the music he left behind.

A party isn’t a party without Nino Ferrer. Obscure in France, his music is all but unknown here in America, and it was only through a complex chain of dubbed cassette tapes (a friend knew a French-Vietnamese teacher of English in China who was a Nino fan) that I was introduced, and only a few short seconds of listening passed before I was converted. Where had this man been all my life?

Though our general stereotypes about French pop hold true with Ferrer’s work–the campiness, the puzzling dorkiness–it doesn’t quite nail the Nino magic. His best songs are irresistible dance machines, engines of booty-shaking and hip-gyrating that combine an infatuation for James Brown with outlandish subject matter, rocketing beyond mere silliness into a sublime universe all their own. This man wrote a song called “Daddy Tarzan.” Need we say more?

Born Agostino Arturo Mari Ferrari in Genoa, Italy, in 1939, Nino Ferrer was the son of an Italian mother and a French father. A thin, fair man with an angular face, Ferrer was 29 when he released the song that launched his career in 1966. Previously, he’d recorded a few somewhat vapid ballads, but “Mirza” was something else altogether. It begins with a juicy Hammond organ riff and Ferrer’s verbal laceration of his disobedient dog, Mirza. By the time the organ launches into an explosive solo, Ferrer’s vocals have progressed from placid to fevered.

The lyrics are meant to be comical, but to those who don’t speak French, the song could be about anything: a complicated relationship with a beautiful woman, a brand of shoe polish . . . What comes across in the song is the energy, a spell that will induce a fit of interpretive go-go dancing in anyone who hears it.

“Mirza” appears on Ferrer’s best album, the eponymous Nino Ferrer, which was supposedly recorded in a French chateau. A photo on the sleeve shows Nino, clad in silk pajamas with a drink in one hand and a cigarette in the other, singing along with his likewise pajama-clad horn section. The opener “Je Vous Etre Noir” (“I Want to Be Black”), which name-checks Wilson Pickett, James Brown, Ray Charles and B. B. King, sets the tone for all that follows, including an incendiary cover of Brown’s “It’s a Man’s Man’s Man’s World”–in French, of course: “Si Tu M’Aimes Encore.”

Ferrer’s songs between 1966 and 1969 were his most successful, musically and financially. “Je Vend des Robes” takes the poppy swing of Quincy Jones’ “Soul Bossa Nova” and juxtaposes it with jubilant absurdity. “I sell dresses,” Nino sings in the chorus, though his heart’s true desire is “to live in the countryside all year long.” The bulk of the song is composed of Nino shout-singing an inventory of his imagined pastoral bliss into the fadeout of the song’s frantic coda: “Gruyére, Roquefort, horseradish, happiness, coal, cotton, grass, scorpions . . .”

Nonsense list-making was a favorite lyrical technique of Ferrer’s, and it reappears notably in “Les Cornichons,” which can double as an extremely groovy study guide for French food vocabulary words. All of this divine silliness makes a great hook, but the listening public’s responsiveness to it became Ferrer’s professional burden; by the dawn of the 1970s, he tired of jokey songs and became disheartened when his albums of more serious material garnered little attention. While in his catchiest singles he sang of offbeat subjects, they worked not because of Ferrer’s nutty wordplay, but because of his fervent love and respect for American jazz, funk and R&B. A gifted multi-instrumentalist, his horn-heavy arrangements sizzled, and he recruited dexterous musicians for his backing band.

Ferrer was an educated man of the world, perhaps somewhat ill-suited to his slapstick playboy image. He painted avidly his whole adult life, turning out whimsical but oddly eerie works that mix the naÔvetÈ of Henri Rousseau and the spookiness of de Chirico. Prior to choosing a musical career, Ferrer worked as an archeologist. He loved dogs, driving zippy little European sports cars and smoking pipes.

The more serious music Nino recorded later in his career–the music he hoped would shake off his goofy mantle–never sparkled with the joie de vivre of his earlier work, as evidenced by the competent but pedestrian second half of the greatest-hits package L’Indispensable. This was Ferrer’s ultimate sadness, for his heart’s desire was to be profound and significant, not to be a footnote for singing zany songs about misbehaving dogs and communism.

After a long, quiet string of years living in the country away from the spotlight, Ferrer’s calm life was shattered by the death of his beloved mother, Mounette. Less than a month later, he walked to the middle of a cornfield with a hunting rifle and killed himself.

Ferrer stood alone among French pop crooners of his era. He has the sentimentality and sense of humor of Jacques Brel, but is decidedly more pop. Ferrer recorded a few versions of American hits, but they were hardly the watered-down, soul-deprived dreck that performers like Johnny Hallyday churns out. Serge Gainsbourg’s later songs have perhaps the most similar sensibility, although stylistically they are night and day. Gainsbourg’s vocals are subtle, controlled and emotionally distant; Ferrer’s are up-front and emotionally open.

The quickest introduction to Nino Ferrer are two Scopitones, from 1966 and 1967, posted on YouTube.com. (Scopitones, the jukebox MTVs of their day, were popular in Europe, France in particular.) Production-wise, they suck–Nino needs some coaching with his lip-synching, and the giant papier-mâché masks in “Oh! He! Hein! Bon!” are downright scary–but they serve as a reminder that someone, somewhere has not forgotten about Nino Ferrer.

I Broke Up the Band