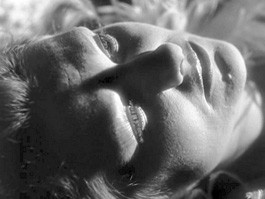 Since 2004, Warner Home Video has released some of the best film noir box sets around, and the latest, ‘Film Noir Vol. 5’ ($50), brings back eight great restored prints of hard-to-find dramas of crime and desperation.

Gravel-throated, square-headed Charles McGraw plays a dogged cop in Armored Car Robbery (1950) pursuing a slick thief (William Talman, who later switched to the other side of law on Perry Mason). Talman picks off his own co-conspirators as he sets his sights on a brass-hard blonde ecdysiast, played with supreme indifference to any emotion but greed by Adele Jergens. This is one of those noir procedurals in which much time is given over to admiring two-way radios and undercover wiretaps.

Desperate (1947) finds a working stiff caught up in a world of crime, where circumstances force schlubby Steve Brodie and his wide-eyed wife (Audrey Long) to flee from the police and menacing heavyweight Raymond Burr. This early Anthony Mann feature rambles excessively but does include some fantastic visual moments using harsh pools of light from a swinging lamp to ramp up the menace of Burr’s face.

In The Phenix City Story (1955), Phil Karlson takes on gambling casinos in a small Southern town. The film starts with a long intro by real-life L.A. newsman Clete Roberts before plunging into some relatively tame sin palaces, but the powers that be strike back with some violent outbursts that are still shocking, especially when the inherent corruption is layered with racism.

In both Cornered (1945), with Dick Powell, and Backfire (1950), with Edmond O’Brien and Gordon MacRae, disaffected World War II vets try to exorcise their tortured pasts in ways that only lead to more violence. In Cornered, in particular, Powell’s efforts to avenge his wife, a French resistance fighter, only lead to murky moral waters.

A baby-faced psychopath (Marshall Thompson) escapes from a mental ward and takes the sad-sack patrons of a clip joint hostage in Dial 1119 (1950). The set-up is stagey, with each barfly taking a turn in the limelight, but the film views the crisis with a cynical edge, especially when the media and bystanders start to act like spectators at a freak show, a motif that anticipates Billy Wilder’s Ace in the Hole.

Don Siegel’s 1956 film Crime in the Streets is a set-bound exposé of juvenile delinquents (with Sal Mineo and a young John Cassavetes), but the real find in the set is Deadline at Dawn (1946), based on a story by Cornell Woolrich. A prototypical innocent sailor (Bill Williams) can’t remember what happened in the apartment where he went to meet a live woman and left behind a corpse. With the help of a hard-bitten but secretly sentimental dime-a-dance girl (a sensational Susan Hayward), Williams tries to unravel a maze of mixed motives during the course of one night.

The film is full of the kind of Manhattan midnight denizens that enliven Woolrich’s stories, even though their dialogue is sometimes overly mannered in the Damon Runyon vein. The action is swift, the photography full of velvety shadows and the story remains gripping all the way to the stroke of dawn. Joseph Calleia, whom noir fans will know as Sgt. Pete Menzies in Touch of Evil, plays a marvelously menacing mobster who delivers the film’s most memorable cautionary line: “People with wax heads shouldn’t go out in the sun.”