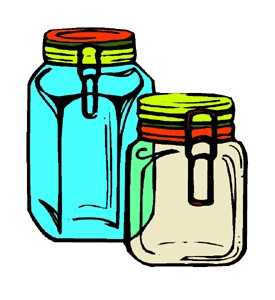 Jarred and Canned For Bombs

Noticing that lots of unsold produce got tossed into compost bins at the Sebastopol Farmers Market, local chef and gardener Matt Fidler decided to harvest the excess food for a good cause. Fidler has been canvassing growers at that Sunday market, and many have volunteered to donate fruits and vegetables for canning.

“I’d love to inspire every farmers market to do the same thing,” he said. Fidler, of Graton, is a former employee of Lucy’s and will can (or more precisely “jar”) the food at that downtown restaurant. The bounty will be donated to Food Not Bombs. Fidler is seeking donations of wide-mouth Mason jars and seasoned hardwoods for the wood-fired oven at Lucy’s. To donate, find Fidler at the Sebastopol Farmer Markets on Sundays—his stand is called Dyer Flats Farm.

Paris-based English wine merchant Steven Spurrier decided to honor the U.S. bicentennial in 1976 by organizing a blind tasting of French and California wines. The judges were all French, the wines unidentified and the event something of a publicity stunt for the wine store. Only one journalist even bothered to attend, Time magazine business correspondent George M. Taber. When the judges unanimously pronounced a 1972 Stag’s Leap Cabernet and 1973 Chateau Montelena Chardonnay the superior bottles of red and white, respectively, an entire civilization was shaken and a powerful new industry in California invigorated. Taber has since written about the experience and the history of the California vineyards in Judgment of Paris: California vs. France and the Historic 1976 Tasting That Revolutionized Wine (Scribner; $26). Readers’ Books in Sonoma raises a glass to Taber when it hosts him with a reception featuring the Burgundy-style wines of Hanzell Vineyards on Friday, Oct. 14, at 6pm. 130 E. Napa St., Sonoma. Free. 707.939.1779.