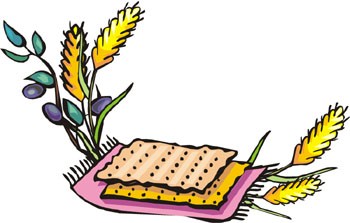 The eight-day holiday celebrating the exodus and freedom of the Israelites from Egypt and the clutches of Pharoah Ramses II, Pesach–or Passover–is a holiday in which food figures hugely. Featuring tables laden with dishes that represent as well as nourish, Pesach offers many opportunities for families to celebrate Seder together and to gather in community. While most area synagogues have long closed their reservation lists for congregational gatherings, at least two area restaurants also offer Pesach meals.

The newly opened Bistro V in Sebastopol takes an unusual approach to the traditional Seder, celebrating the crossing of the Red Sea in honor of Miriam the prophetess. Led by Rabbi Elisheva Salamo of Congregation Ner Shalom in Cotati, this women-only Seder focuses on the Dance of Miriam in both the Ashkenazi and Sephardic traditions. Diners are encouraged to bring tambourines, as selections from the Song of Songs are an emphatic part of the evening. Chef-owner Rick Vargas prepares a special six-course menu that serves both carnivorous and vegetarian diets, and the whole event is only $36. The restaurant will also be open with its regular menu to the non-Miriam-celebrating public. The Passover women’s celebration is slated for Friday, April 29, at 6pm. The Seder menu is available from the first day of Pesach, April 23, through Friday, April 29. Bistro V (formerly Chez Peyo), 2295 Gravenstein Hwy. S., Sebastopol. 707.823.1262.

The Syrah bistro in Santa Rosa’s Railroad Square offers a one-night-only Seder celebration on Sunday, April 24, from 5:30pm. Chef-owner Josh Silvers explains that he doesn’t want to tempt diners away from the family table on the first night of the holiday, perfering instead to lure them on the second evening with his version of “chopped liver” featuring duck liver and foie gras. Silver’s innovative take on the traditional Passover meal is a five-course feast that includes matzoh ball soup, as well as veg dressed in white truffle oil and a marvelous marriage of fish and lamb. $60. Syrah, 205 Fifth St., Santa Rosa. 707.568.4002.

Meanwhile, those hoping to pick up a few bottles of Gan Eden‘s excellent kosher wine had better act fast. Finding it impossible to properly educate his children in Orthodox tradition in the North Bay, vintner Craig Winchell has slashed the prices on his bottles and is preparing to literally close up shop in order ot move his family to Los Angeles for its excellent yeshivas. While Winchell admits to being extremely busy preparing for Pesach and closing down a business, he will sell cases of his award-winning kosher wines for half price to those who make a brief appointment at the winery. For details, contact Winchell at 707.829.5686. Gan Eden Winery, 4950 Ross Road, Sebastopol.