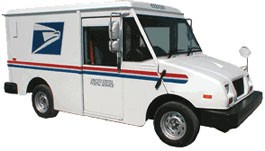 “If you think the economy is bad now, if the postal service were to fail, it would just go down the toilet,” says Jeff Parr, a Santa Rosa letter carrier who has worked the same route for the past six years. Parr is a member of the National Association of Letter Carriers North Coast Branch 183. “We are 92 percent organized,” says Parr about his local, part of one of the strongest remaining unions in the United States. On Tuesday, Sept. 27, the 34-year post office veteran will take part in a “Save America’s Postal Service” rally outside Congresswoman Lynn Woolsey’s Sonoma County office. The rally is part of a nationwide effort to bring attention to the slow bankrupting and precarious plight of the USPS.

With a $5.5 billion payment due every September for the next 10 years and no money with which to pay it, Postmaster General Patrick R. Donahoe has proposed eliminating Saturday delivery, closing up to 3,700 postal locations and laying off 120,000 workers. Rural and low-income communities would be the first to feel the brunt of such a move.

Parr and others blame the financial mess on a 2006 law that requires one of the nation’s largest employers to fund retirees’ health insurance costs 75 years into the future; the USPS is the only governmental organization required to do this. “Without that payment, the postal service would be in the black. The internet does have an impact, but that is not the major factor. It’s this onerous payment we have to make,” says Parr.