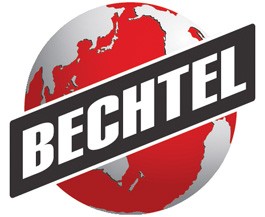 Silence Is a Weapon

The U.S. Army has stayed mum for too long, according to a lawsuit filed by the American Small Business League (ASBL) on March 1. The Petaluma-based organization is suing the Army for refusing to respond to a Freedom of Information Act request for reports on contracts awarded to Bechtel, the largest engineering company in the United States. In court documents, the ASBL claims that the Army and Bechtel have committed fraud by circumventing a federal law that requires 23 percent of all federal contracts to be awarded to small businesses. This isn’t the first lawsuit that the ASBL has filed against the federal government—and it might not be the last, since the league asserts that the government has awarded small-business contracts to large corporations including Lockheed Martin and Dell Computer.

The Williamson Act gives farmers and rural landowners a tax break in exchange for the preservation of open space and farmland. Recently, a state audit led to proposed changes in zoning ordinances mandated by the 1965 act. Rural residential areas—where zoning previously allowed for farming and animal husbandry that fit with primarily residential use—will be opened to slightly expanded agricultural uses, including agricultural processing and sale of products grown on-site.