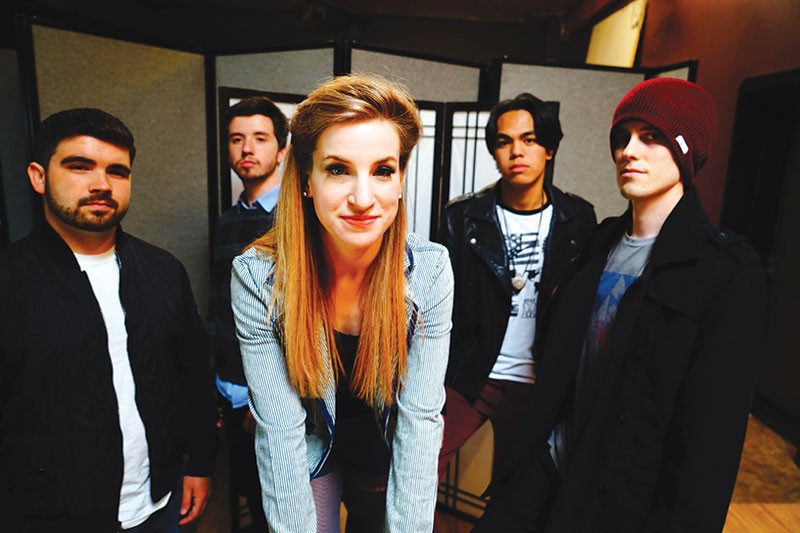 Our annual NorBay Music Awards got beefed-up this year with a whopping 21 categories, including new spots for venues, festivals and more. The readers have spoken and the winners are:

The Dylan Black Project Soulful band of veteran musicians is a fixture at community concerts and gets the crowds moving with up-tempo rhythms and scorching solos. thedylanblackproject.com.

The Soul Section The eight-piece rhythm and blues revue boasts a veteran core of players who draw from influences like Otis Redding and the Meters. thesoulsection.com.

Cabbagehead We recently caught up with the improvisational sextet and fell in love with
their spontaneous energy and advanced musicianship. Now is the perfect time to get in the cabbage patch for yourself. cabbageheadmusic.com.

The Highway Poets The North Bay’s longtime favorite DIY band has been hard at work on their new album, Chasing Youth, slated for release next month. highwaypoetsmusic.com.

Sol Horizon North Bay purveyors of roots reggae and world music are favorites at local festivals and beyond. solhorizon.com.

One Armed Joey There’s a melodic quality to Petaluma punks One Armed Joey that calls to mind ’80s bands like NOFX in the best way—fun, fast, catchy and cool. onearmedjoey.bandcamp.com.

2 Minutes to Midnight Summoning the power of Iron Maiden, this tribute act has the chops it takes to rock like the British metal heads they emulate. facebook.com/pg/norcalmaiden707.

Eki Shola The synthesized sounds of solo pianist and performer Eki Shola is influenced by her world travels and shares a spiritually connected message. ekishola.com.

Nate Lopez The instrumental solo guitarist makes the most of his eight-string guitar for dynamic melodies and inviting atmospheres. natelopez.com.

Dave Hamilton Hamilton has been playing music for nearly 40 years in the North Bay, perfecting an award-winning mix of folk and Americana. davehamiltonfolkamericana.com.

Bill Bowker Longtime North Bay radio host is a champion of the blues and the arts both on-air at the Krush and in real life, co-organizing the Sonoma County Blues Festival on Aug 19. krsh.com.

Tuesday Open Mic at Brew The weekly gathering
of musicians, poets, comedians and others that join in the
open mic at Brew is quickly gaining momentum. brewcoffeeandbeer.com.

Josh Windmiller The founder of North Bay Hootenanny is once again recognized for producing events and showcasing local music in projects like the new Out There Tapes compilation featuring over a dozen bands from the North Bay. northbayhootenanny.com.

Railroad Square Music Festival Not even a downpour of hail (in June!) could take the fun out of this popular summer event in Santa Rosa’s lively railroad square. railroadsquaremusicfestival.com.

The NorBay Awards will be handed out at Santa Rosa’s Wednesday Night Market on Aug. 16 at 5pm.

Next ArticleAug. 13: Get Lucky in Napa