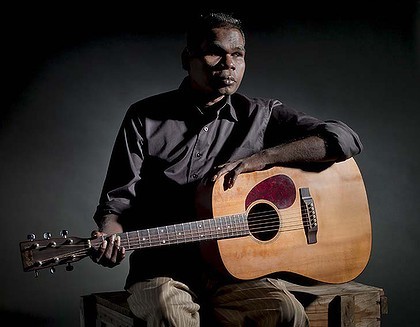 May 9: Blind Virtuoso in Mill Valley

Born blind on the small Elcho Island off the coast of Australia to the aboriginal clan called the Gumatj, Geoffrey Gurrumul Yunupingu is an unlikely figure for international stardom as a guitar master. But the emotive voice and deep spiritual connection of his music has turned Yunupingu into a sensational and sought-after performer who has played in front of President Obama and Queen Elizabath II as well as audiences around the world. His debut album, “Gurrumel,” tells deeply personal stories from the musician’s life, sung in an angelic tone. Gurrumel appears in concert on Saturday, May 9, at Sweetwater Music Hall, 19 Corte Madera Ave.,
Mill Valley. 9pm. $25–$27. 415.388.1100.