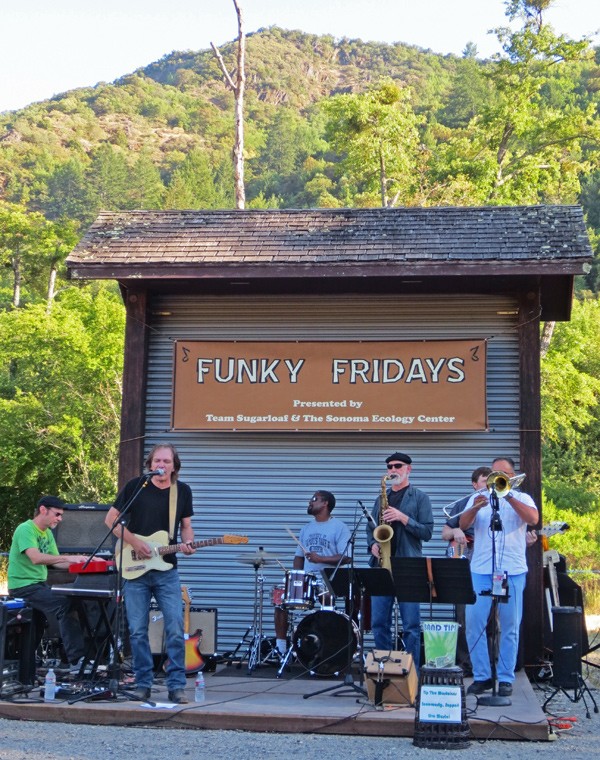 The ‘Funky Fridays’ live music series began in 2013 as a fundraiser to save Sugarloaf Ridge State Park. The park had been closed due to state budget cuts and was reopened by a group of nonprofits collectively called Team Sugarloaf. Now beginning its third season, Funky Fridays has become known for the outstanding amphitheater setting on the craggy palisades, as well as the continuously popular lineup of talented musicians playing a funky combination of R&B, blues and rock. The series returns to the park this week with local all-star group the Bruthas performing on Friday, May 22, at Sugarloaf Park, 2605 Adobe Canyon Road, Kenwood. 6:30pm. $10. 707.833.5712.