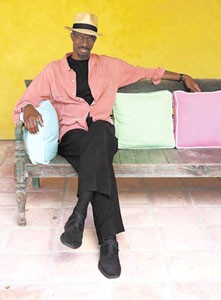 Nothing but the Blues

Will blues artists still be singing the blues after the new PBS series airs?

Here we go again. Every 10 years or so someone proclaims a blues resurgence. You can expect the same in light of the upcoming seven-part PBS-TV documentary series Martin Scorsese Presents the Blues, which debuts Sept. 28 and explores the genre’s roots and delves into its inspirational role in today’s music.

But don’t believe it. In the congressionally designated Year of the Blues, this struggling genre, which enjoys just 1 percent of the market share in U.S. record sales, is on the ropes and fading fast.

Sure, the record-buying public still responds to a superstar like Eric Clapton, but can you name anyone else of his stature capable of crossing over to the lucrative rock market? According to a recent article in Billboard, the 2000 B. B. King-Clapton summit meeting Riding with the King has sold 2 million units to date, and it has dominated the trade magazine’s Top Blues Albums chart since its release.

But even the biggest names in blues fail to generate much action at the cash register these days. Susan Tedeschi’s bestselling Wait for Me has sold just 211,000 albums despite major exposure at the Grammy awards last year, Etta James’ Let’s Roll has sold a modest 36,000 units, and even King’s recent Reflections has sold only 35,000 copies.

Indeed, the recording industry is taking a wait-and-see stance regarding the effect the blues series will have on sales. “If the films convey the excitement and the intensity of emotion of blues, then people will want the music,” Bruce Iglauer, president of the Chicago-based Alligator Records and head of the Blues Music Association trade group, told Billboard recently. “Will it help benefit individual artists or labels? That’s hard for me to tell.”

Certainly, Scorsese–best known as the director of the 1978 music documentary The Last Waltz and such box office hits as Gangs of New York–has taken an unorthodox approach to the series’ format. Unlike documentarian Ken Burns, whose highly touted 2000 Jazz series employed a narrative thread to detail the evolution of jazz in a chronological fashion, Scorsese has enlisted top filmmakers to create their own impressionistic portraits of the genre. The directors are Scorsese, Charles Burnett (To Sleep with Anger), Richard Pearce (Thicker Than Blood), Wim Wenders (Buena Vista Social Club), Clint Eastwood (Bird), Marc Levin (Slam), and Mike Figgis (Leaving Las Vegas).

As a result, some of the segments are straightforward narratives; others are fairly offbeat. For instance, Burnett’s “Warming by the Devil’s Fire” uses a fictional Mississippi family to dramatize the conflicts arising between blues and gospel music, an approach that will send purists into a dither.

Universal Music’s Hip-O label and Sony have teamed up to provide the soundtracks to each of the seven episodes. In addition, there is a five-CD box set, which contains a lot of lo-fi archival recordings that probably won’t win over neophytes; a single CD “best of the blues” disc; 12 artist-specific midline priced compilations; a 13-part Public Radio International series hosted by Keb’ Mo’ and with an afterward by Chuck D (rappers being conspicuously missing from the mix); a companion book; and a five-DVD collector’s edition to be released next year.

Admittedly, this is an unprecedented amount of exposure for the blues, and one might assume that it couldn’t hurt. But then again, for all its hype, Burns’ generally well-received Jazz series helped to sell records but failed to bolster the fortunes of contemporary players or the genre in general. Three years after the series first aired, the jazz scene is in shambles: jazz clubs are closing across the country, CD sales of the genre’s classic artists have overshadowed those of contemporary proponents, and even Wynton Marsalis, the golden boy of the ’90s young jazz lions and narrator of the Jazz series, is without a label for the first time in his 20-year professional career.

Ultimately, blues artists may be singing the blues for a whole new reason if the PBS series fails to fuel a new fan base.