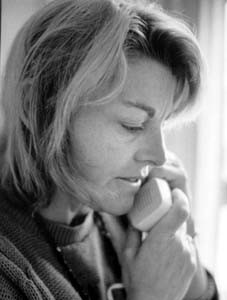 New book evaluates the power and politics of ecotourism

VACATIONERS escaping bleak northern winters often know little about who owns the beach on which they’re tanning their hides. Many could care less, of course, but if they did ponder the deeper significance their brief sojourn had for the local reef or the chamber maid who changed their bed linens … well, it just might spoil their holiday.

For the privileged, travel serves as an escape. For much of the Third World, tourism is a vital means of survival that often carries with it the heavy price of environmental and cultural degradation. In Ecotourism and Sustainable Development: Who Owns Paradise? (Island Press; $25), author Martha Honey argues that travel consumers can make choices that help save the world–leaf by leaf, rainforest by rainforest, village by village.

This is no dry armchair dissertation. Martha Honey, an award-winning journalist who worked for 20 years in Central America and Africa, enlivens her research and data with colorful anecdotes from her globetrotting experiences.

Substantiated by extensive footnotes, the first three chapters of Ecotourism and Sustainable Development explore the mechanics of the tourism industry, the evolution of ecotourism, and its appropriation by conventional tours. The later chapters present engaging case studies of seven popular ecotourism destinations, including the Galápagos, Costa Rica, and Kenya.

Tourism, the world’s largest legitimate business, accounts for about 10 percent of global jobs. It was once envisioned as a non-polluting industry that would foster employment, but it soon became clear that mass visitation encouraged environmental decline, cultural invasion, prostitution, and low-paying jobs. In 1980, a conference of religious leaders in Manila went so far as to issue a statement arguing that tourism does more harm than good to people in the Third World.

Partly in response to those concerns, the concept of ecotourism evolved simultaneously in Latin America and Africa, cross-fertilized, and is now utilized as a tool for benefiting fragile ecosystems and local communities. The benefits have been real. For example, in Kenya’s Mara Game Reserve the “preservationist” method of separating the Masai from their native lands was a failure. A new “stakeholders” theory posited that ecosystems would be best protected if indigenous peoples benefited economically from parklands, and the Masai now successfully manage the area.

But soon enough, “eco” became a corporate buzzword, and we were assailed with a green-washed version of the former panacea. When it comes to providing examples of this phenomenon, the book does not shy away from citing names and organizations. Honey details one shameful case of ecotourism exploitation: The president of the World Travel and Tourism Council instigated the “Green Globe” program, whereby a travel company sending a statement of their commitment to environmental improvement–along with a $200 check–received the right to use the Green Globe logo in promotional materials. To test this procedure, a London television station simply sent in an application (and a check) from “Greenman Travel.” Without further fuss, they promptly received a certificate.

To counter this pervasive green-washing, the Ecotourism Society devised a seven-point definition of ecotourism in 1991. These rules included some obvious notions–that ecotourism must involve travel to natural destinations, minimize impact, and build environmental awareness. But the definition also called for such programs to foster respect for local cultures and support democracy.

Honey concludes that it’s not enough to identify “ecotourism lite.” We must also, she says, discover ways in which authentic ecotourism can move from being simply a niche market to becoming a broad set of principles that transform the way we travel and the way the tourism industry functions. For those who love the earth’s natural glories and diverse peoples, one only hopes Honey’s sentiments are not a pipe dream. Indeed, the earth’s well-being may depend it.