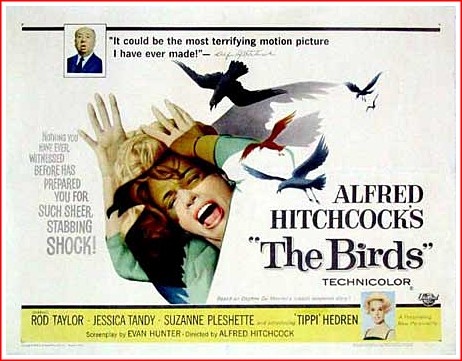 Has any filmmaker left as indelible a mark on a community as Alfred Hitchcock left on Bodega Bay? Ever since The Birds showcased the seaside community and avian terror, tourists and locals have flocked to the iconic locations to relive the suspense. This year, the Bodega Bay Area Chamber of Commerce celebrates the town’s cinematic history with the fifth annual Hitchcock Film Festival, screening both The Birds and Hitchcock’s Rear Window. Beer, wine, clam chowder from Spud Point and raffle drawings add to the fun, and proceeds benefit Bodega Bay Elementary and Tomales Elementary arts programs. Saturday, March 18, at Bodega Bay Grange Hall, 1370 Bodega Ave., Bodega Bay. 3:30pm. $5–$18. visitbodegabayca.com.