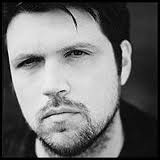 The last time Richard Buckner made a record, he was held up in a murder investigation when a headless body was dumped in his car. On top of that, Buckner’s laptop containing his music was stolen. Fans were forced to wait five years for Buckner’s album Our Blood—but not this time. Surrounded, Buckner’s new record, is almost complete. To celebrate, the gothic-tinged folksinger will be playing a few shows. Catch him on Thursday, March 14, at the Sweetwater Music Hall. 19 Corte Madera Ave., Mill Valley. $20. 8pm. 415.388.3850.